Over this tumultuous period, I am forcing myself to disconnect every once in a while —  turn off my device, close my eyes, breathe deeply. This springs from my simple belief that in crazy times we must stay sane.

Summer certainly helps. The flowers, the sun, that Vitamin D. A jump in the water, if you’re lucky enough to be near water.

The season brings with it so many happy, healthy rituals: weddings, graduations (well, not this year), vacations, and explorations you wouldn’t make any other time. It’s a time of release, of possibilities.

Of course we need to be thinking about what’s going on around us, and supporting positive change, however we can. Still, we can also enjoy all the benefits of summer, making time to relax and recharge to face the challenges ahead.

Below are ten ageless titles that capture the exhilarating spirit of summer. 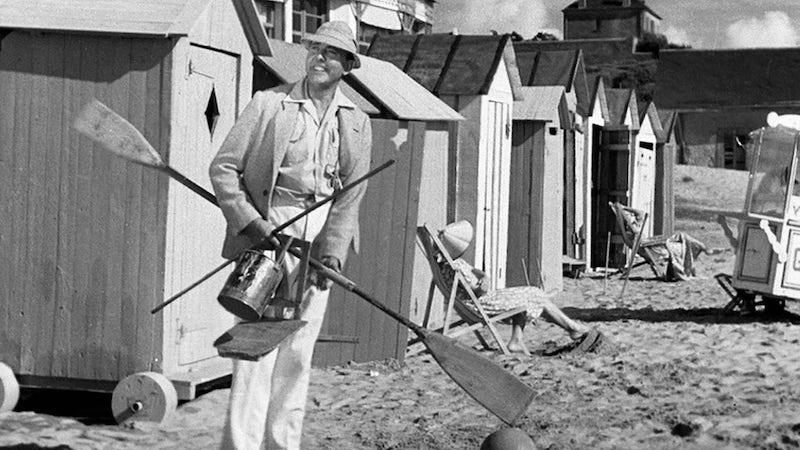 Monsieur Hulot (Jacques Tati) takes a vacation by the seaside one summer, along with the whole population of France! Predictably, this gentle, bumbling eccentric gets into all kinds of weird adventures and mishaps. If you’ve never experienced the charm of this beloved character, played by the film’s director, now is the time. Vive M. Hulot! 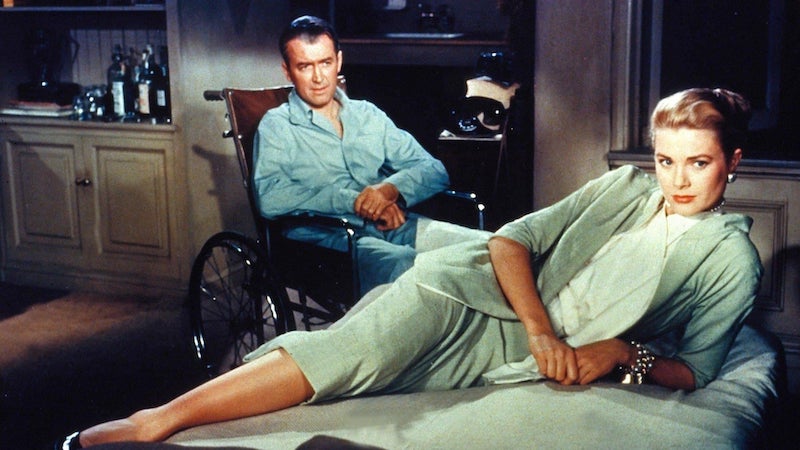 Globe-trotting photojournalist Jeff Jeffries (James Stewart) is laid up with a broken leg one sweltering summer in Manhattan, with only his girlfriend Lisa (Grace Kelly) and nurse Stella (Thelma Ritter) to entertain him. Restless, he starts spying on a neighbor (Raymond Burr) across the way, whose wife has made a sudden departure. Could it be murder? A Hitchcock gem. 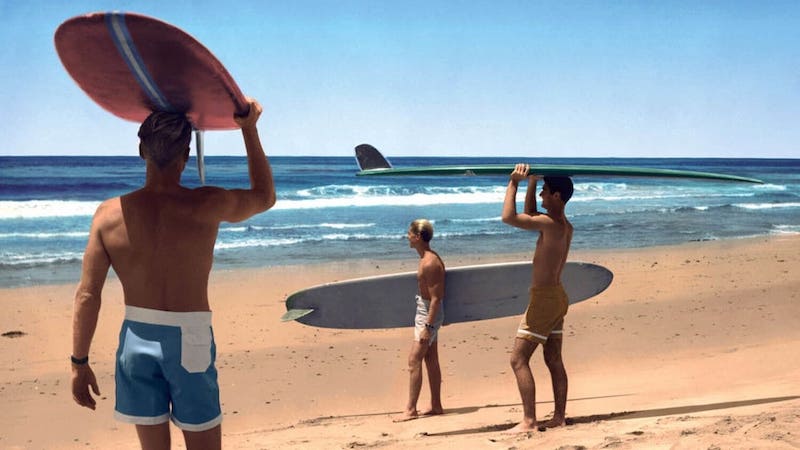 Back in the sixties, a surfing craze happened, and director Bruce Brown rode that wave with this fascinating documentary. The film follows professional surfers like Robert August and Michael Hynson as they follow the sun and sea to experience the thrill and excitement of that perfect ride. It’s still a jaw dropping thrill to watch these amazing athletes in action. 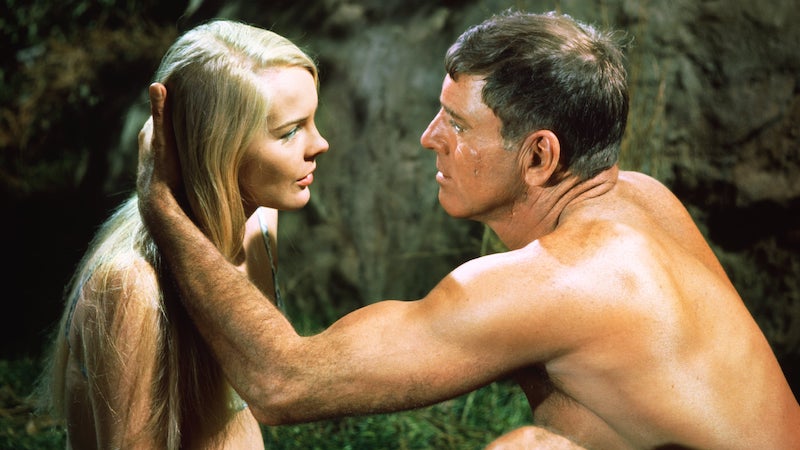 Based on a John Cheever story, Frank Perry’s disturbing film exposes the affluent but empty life of Ned (Burt Lancaster), a middle-aged exec in suburbia who stops and takes a quick dip in all his friends’ pools on the way home one afternoon. From his various interactions, we sense a gathering darkness as he approaches his destination. What awaits Ned at home? 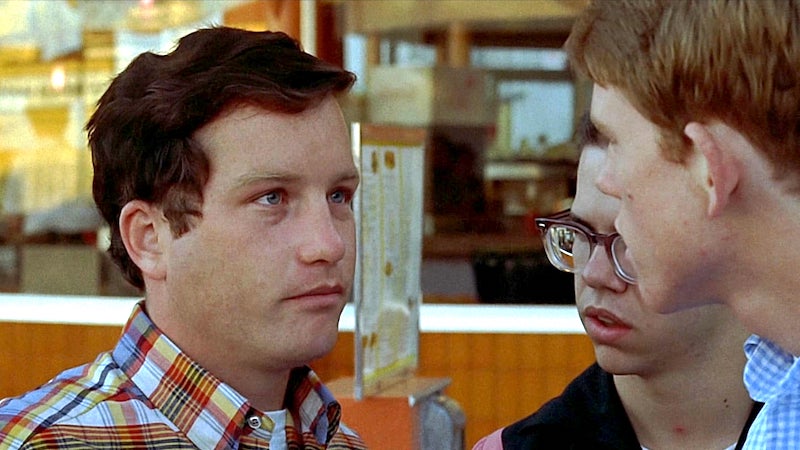 This enduring, nostalgic charmer from George Lucas concerns a group of small town high-school friends preparing for change after graduating high school in 1962. Steve (Ron Howard) and Curt (Richard Dreyfuss) are nervous about leaving for college, and Curt’s sister Laurie (Cindy Williams), who dates Steve, has her own concerns. They still have a lot of fun, as do we. Great early rock soundtrack! 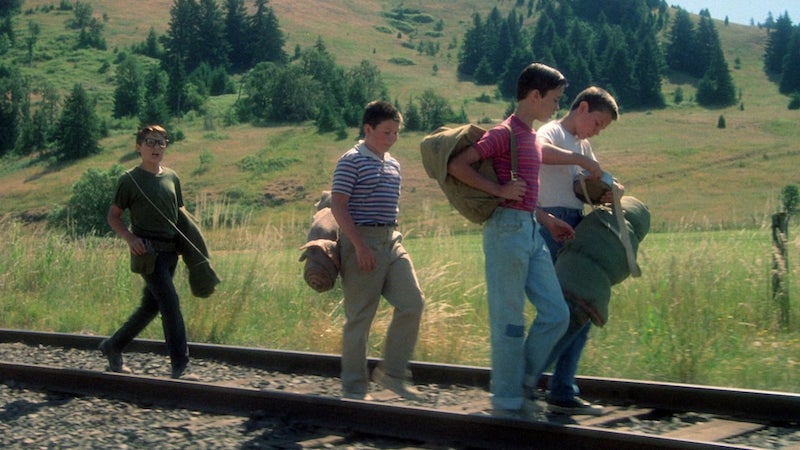 Set in the summer of 1959, Rob Reiner’s hypnotic film focuses on four pre-teen pals who hear that a missing boy’s dead body may be lying somewhere in the woods nearby. Led by Chris (a fantastic River Phoenix), the group goes on a hunt to find it. Stephen King’s story is brought to vivid life by a winning cast. Look for a young Kiefer Sutherland. 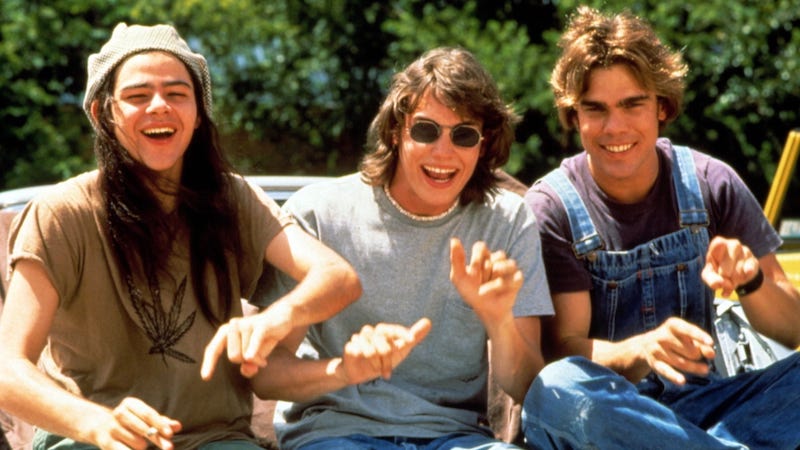 Richard Linklater’s wildly entertaining comedy revisits another high school graduation, this one from the mid-seventies. The party must go on, especially when you have such appealing, colorful characters attending. Matthew McConaughey nearly steals the film as an alum who just won’t grow up. Also check out Ben Affleck playing a bully. Great fun all the way. 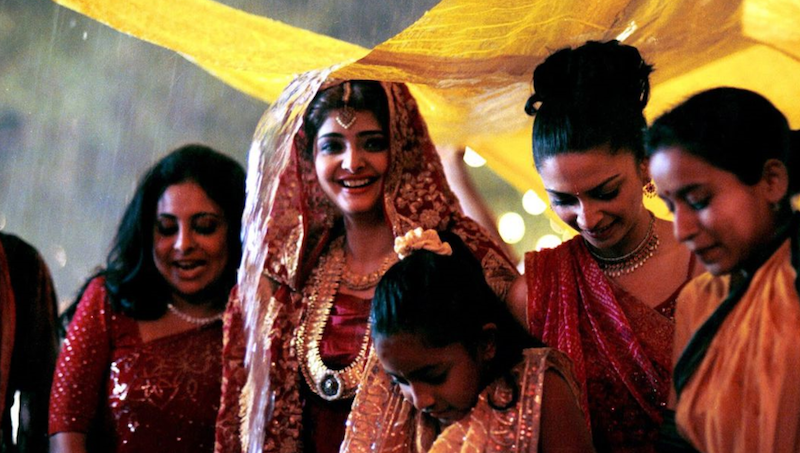 Mira Nair’s delightful feature depicts a family preparing for a lavish wedding in India, celebrating an arranged marriage between beautiful Adita (Vasundhara Das) and Hemant Rai (Parvin Dabas), a successful engineer living in Houston. Still, when Adita sneaks off to meet her old lover, we wonder whether wedding bells will actually ring. 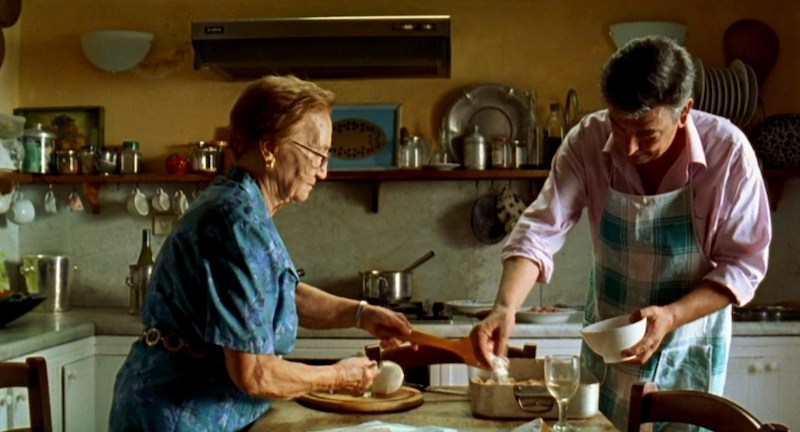 Gianni is a middle-aged bachelor whose sole pursuit is drinking white wine and caring for his aged mother, with whom he resides in a cramped Rome flat. To get back rent excused, he takes in his landlord’s mother for the weekend. This opens the floodgates, and soon poor Gianni has several elderly ladies on his hands. This infectious Italian sleeper brims with humor and humanity. 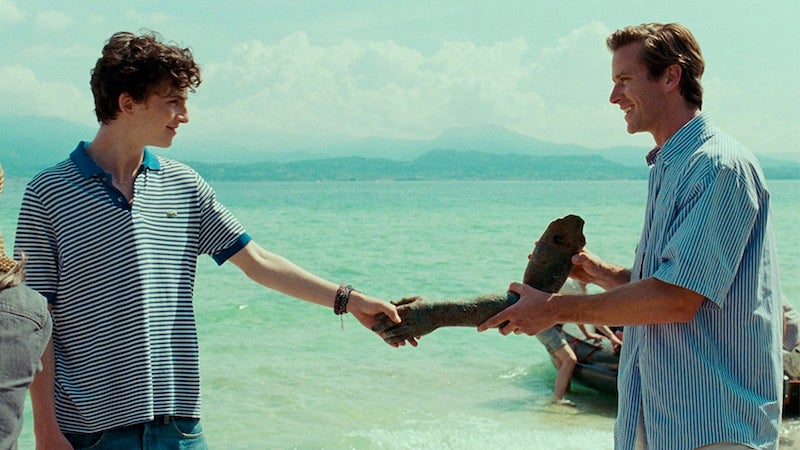 Elio (Timothee Chalamet) is a stunning seventeen year-old whose professor father hires a twenty-something research assistant named Oliver (Armie Hammer) to spend the summer at the family villa in Northern Italy. What starts as friendship turns into something more. Luca Guadagnino’s lush, sensual coming-of-age tale is a feast for the eyes and senses.

More:  The 18 Most Memorable Beach Scenes in Movie History