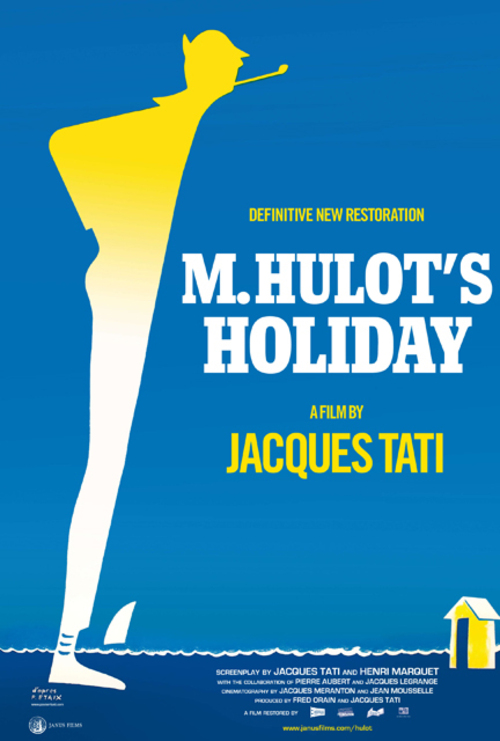 Before Inspector Clouseau, there was the gifted actor/director Jacques Tati and his creation, Monsieur Hulot: a kind eccentric who, in his physical interactions, appears out of step with the modern world. This first Hulot film lampoons the conventions of the French as they travel en-masse to the seaside during one sweltering summer. Predictably, Hulot's presence livens things up considerably.

The first fabulous Hulot picture where sound and dialogue are mere accents to the observance of mundane, everyday activity. Tati's brilliance lies in showing us just how, with Hulot's special touch, these rituals and routines can be put off kilter. The result: a masterpiece of subtle visual humor and an homage to the forgotten conventions of silent film comedy.