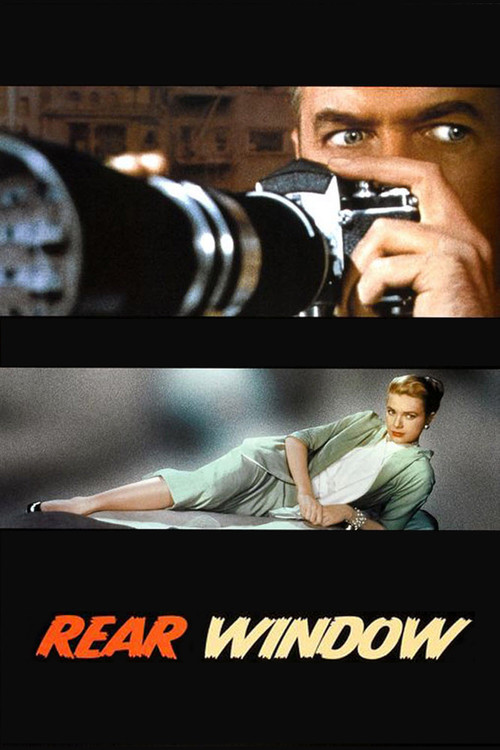 After breaking his leg on the job, photojournalist Jeff Jeffries (Stewart) must pass the sweltering New York summer looking out his apartment window — into his neighbors' windows — and his natural nosiness causes him to study a battling couple across the courtyard. When the woman disappears, Jeff suspects her husband, Lars Thorwald (Burr), of foul play, and enlists his adoring, high-society girlfriend Lisa Fremont (Kelly) to help him investigate.

One of the most celebrated films in history, this classic takes its time, but once the tension starts building, it doesn't stop until the heart-pounding conclusion is upon you. "Window" was a new peak for Hitchcock in blending the story of a crime that may have happened with the dark side of human obsession — in this case, voyeurism. The movie also marks a high point for star Stewart, who would be remembered as Hitchcock's most human and vulnerable hero. And who can resist the bewitching Grace Kelly?