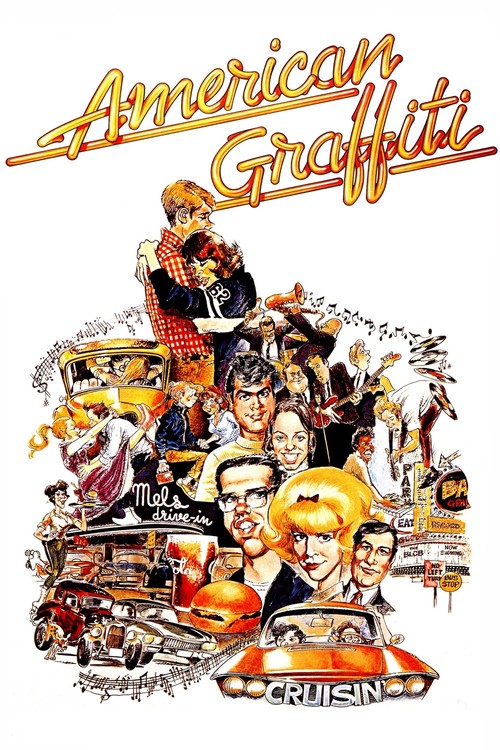 One hot night in the summer of 1962, a group of California teenagers get together after a school dance for one last cruise out in the valley. In a series of vignettes, we track momentous happenings in the young lives of thoughtful, strait-laced Steve (Howard) and his brainy pal Curt (Dreyfuss), both of whom have misgivings about leaving home for college. Meanwhile, Curt's sister Laurie (Williams) doesn't want quite the same things out of life as Steve, her long-time boyfriend. Various other memorable characters and events surround the trio, including a drag race you won't soon forget.

Cut to a sock-hoppin' soundtrack by Wolfman Jack and photographed in cruise-strip neon by the great Haskell Wexler, "Graffiti" is not just one of Lucas's best films; it may be the best American movie ever about being young, uncertain, and on the cusp of maturity. Lucas based his seminal film on his own experiences as a hot-rodding youth in Modesto, and the result is a crisp, wonderfully nostalgic evocation of teen restlessness, with a stellar, soon-to-be-famous cast including Mackenzie Phillips, Harrison Ford, and Paul LeMat. Cars, girls, and rock-n-roll on a hot summer night: "Graffiti" gets the formula just right.