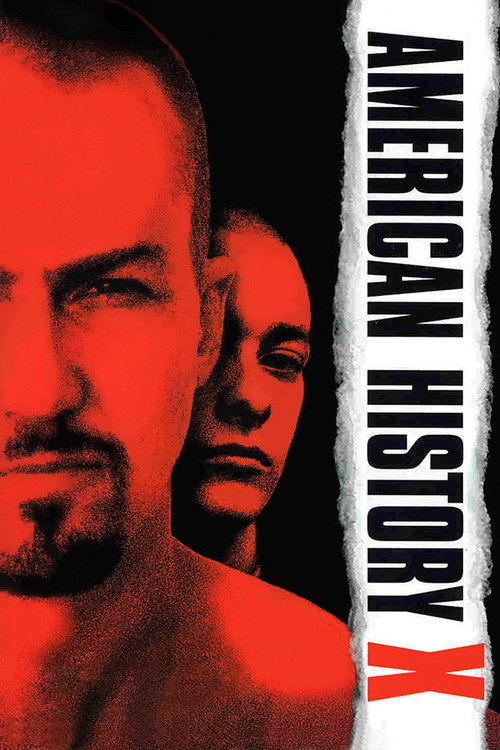 After spending three years in prison for the murder of a young black man, former skinhead and neo-Nazi gang leader Derek Vinyard (Norton) returns to Venice Beach a fully changed man, and now hopes to extricate his rabidly racist younger brother, Danny (Furlong), from the White Power movement he has come to see as corrosive and misguided. But Derek's own ignominious past as a brutal racist thug is not so easy to escape.

Tony Kaye's hard-hitting, frighteningly credible look at racism and aggrieved adolescence smooths over nothing in its depiction of angry working-class California youth who find pride and camaraderie under the aegis of a White Power demagogue (Stacy Keach). But "X" owes its extraordinary power to the super-charged, Oscar-nominated performance by Norton, beefed up and seething with monstrous hatred in the film's many flashbacks. With Norton so convincing in balancing Derek's obvious intelligence and charisma with his more noxious Nazi persona, "American History X" is a raw, engrossing tale of a pained conscience turned inside out.