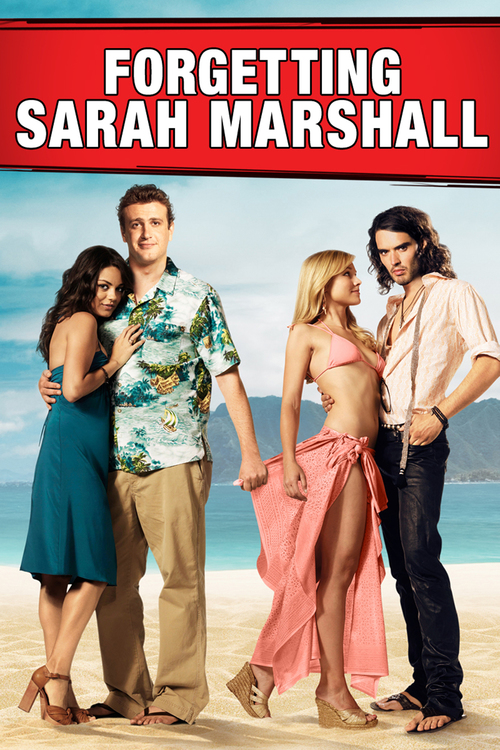 Seeking escape from heartache after he's dumped by his hot TV-star girlfriend Sarah (Bell), struggling musician Peter (Segel) decides to enjoy a much-needed vacation on the tropical beaches of Oahu. But relief is nowhere in sight when Sarah and her new British-rocker beau Aldous (Brand) turn up at the same resort.

The basic premise of this hilarious relationship comedy might be old hat, but in the hands of producer Judd Apatow (“Knocked Up”) and writer-star Segel, the well-earned belly laughs are tempered with a poignant touch. (How many movies can you think of where the couple's break-up happens in the nude?) Segel, Bell, Brand, and the rest of the cast are superb, as is Mila Kunis, the flirty resort employee who just might make forgetting Sarah Marshall a possibility for the heartsick Peter. Finally, a spry comedy that hinges on painful truths about love and sex (lots of it) we can all relate to.