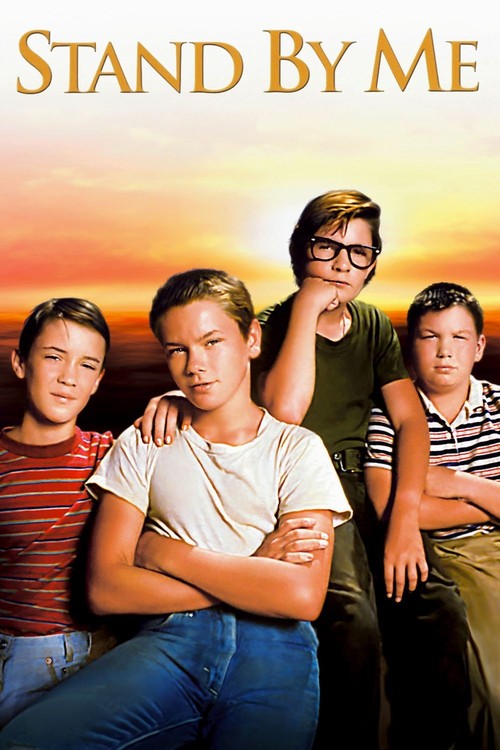 In the summer of 1959, four preteen boys — brainy Gordie (Wheaton), troubled Teddy (Feldman), overweight Vern (O'Connell), and brooding leader Chris (Phoenix) — set out on an overnight hike to find the dead body of a missing boy rumored to be lying a few miles into the woods. Besides the obvious intrigue and adventure of the quest, the boys believe that success will bring them positive publicity. But they may not be the only ones searching.

Based on Stephen King's story "The Body," this bittersweet, atmospheric coming-of-age pic, set in a small Oregon town, is narrated by Richard Dreyfuss, who plays Gordie as an adult. Hearing of the death of one of his three old friends makes him recall this momentous time in his youth. Strong performances from Dreyfuss and the young quartet of actors, especially Phoenix, lifted this nostalgic tale above the fray and made it a sleeper hit in 1986. Director Rob Reiner wisely focuses on the things that fascinate boys on the cusp of adolescence, which makes his film insightful, resonant, and touching. Watch for future "24" star Kiefer Sutherland as a merciless teen bully, and don't mind the leeches.

Stand Clear of the Closing Doors