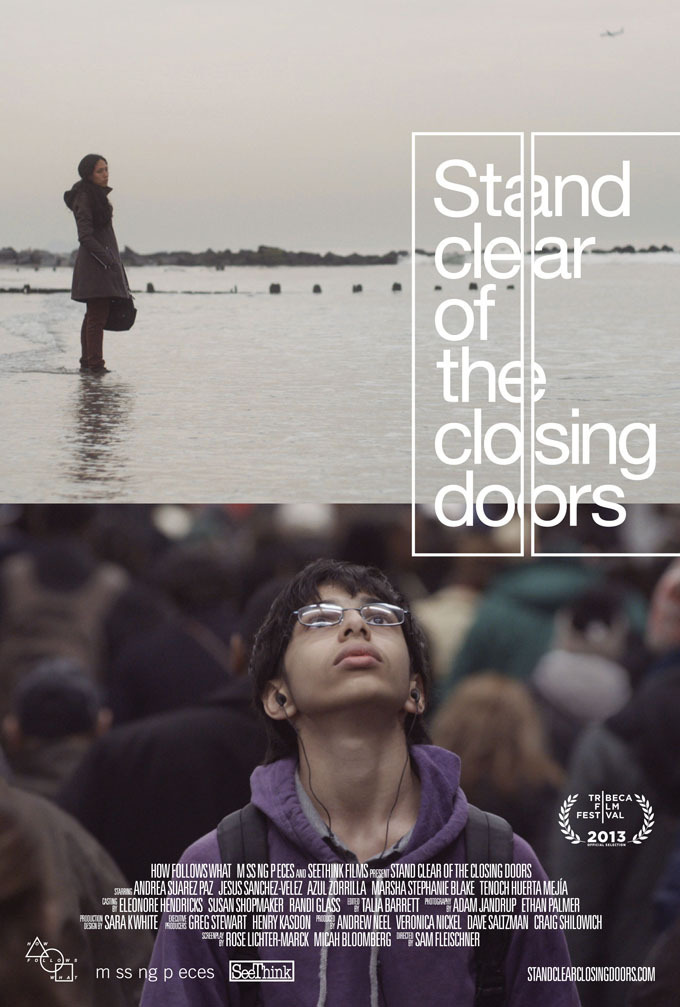 Stand Clear of the Closing Doors

Ricky (Sanchez-Velez), a young, autistic boy, struggles at school. At home his mother (Paz) tries to cope with his erratic behavior, as the boy’s adolescent sister (Zorrilla) grows increasingly frustrated with him. One day, Ricky takes off alone and spends several days riding the subway around the city, a silent witness to the vibrant tapestry of New York. Meanwhile his mother, initially afraid to contact the police, searches frantically for her son.

With a cinema verité approach and real New Yorkers providing the background, Fleischner creates a layered aural soundtrack that is both representative of urban hubbub, and symbolic of Ricky’s confused solitude. It’s an ambitious feat that pays off. The director uses the added threat of impending Hurricane Sandy to ratchet up the tension, while the family’s undocumented status provides a socio-political edge. Persuasive performances and a rich soundscape enhance this riveting, unusual drama.