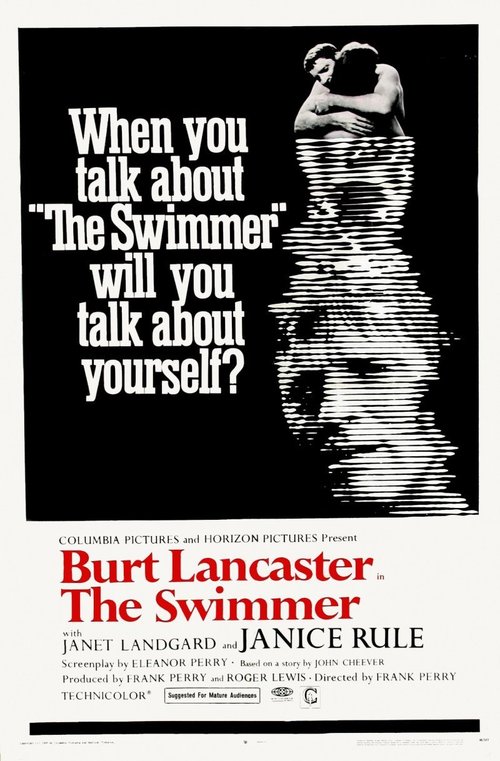 Hopping from one backyard swimming pool to another in suburban Connecticut, affluent, middle-aged ad executive Ned (Lancaster) appears to be fit and happy. His neighbors, however, seem distraught and worried about Ned's mental state, and it slowly becomes evident that his destination is not just home, but a reckoning with the devastating truth of his past- and present.

Perry's heart-wrenching adaptation of the celebrated John Cheever short story digs under the skin of suburban malaise to reveal a kind of festering wound of disappointment, represented by a man absolutely naked in his psychological trauma. Lancaster never really gave a bad performance, but here he is riveting, playing a manic, effusively upbeat man who keeps insisting to everyone that he's "okay". Slowly, of course, we come to realize some darker things about Ned, and why he's really not okay at all. Perry handles the slow reveal with magisterial grace, with all of it building to a shattering final image. Stylishly photographed and robustly acted, this unforgettable film will swim through your brain for a long time.

The Sword of Doom