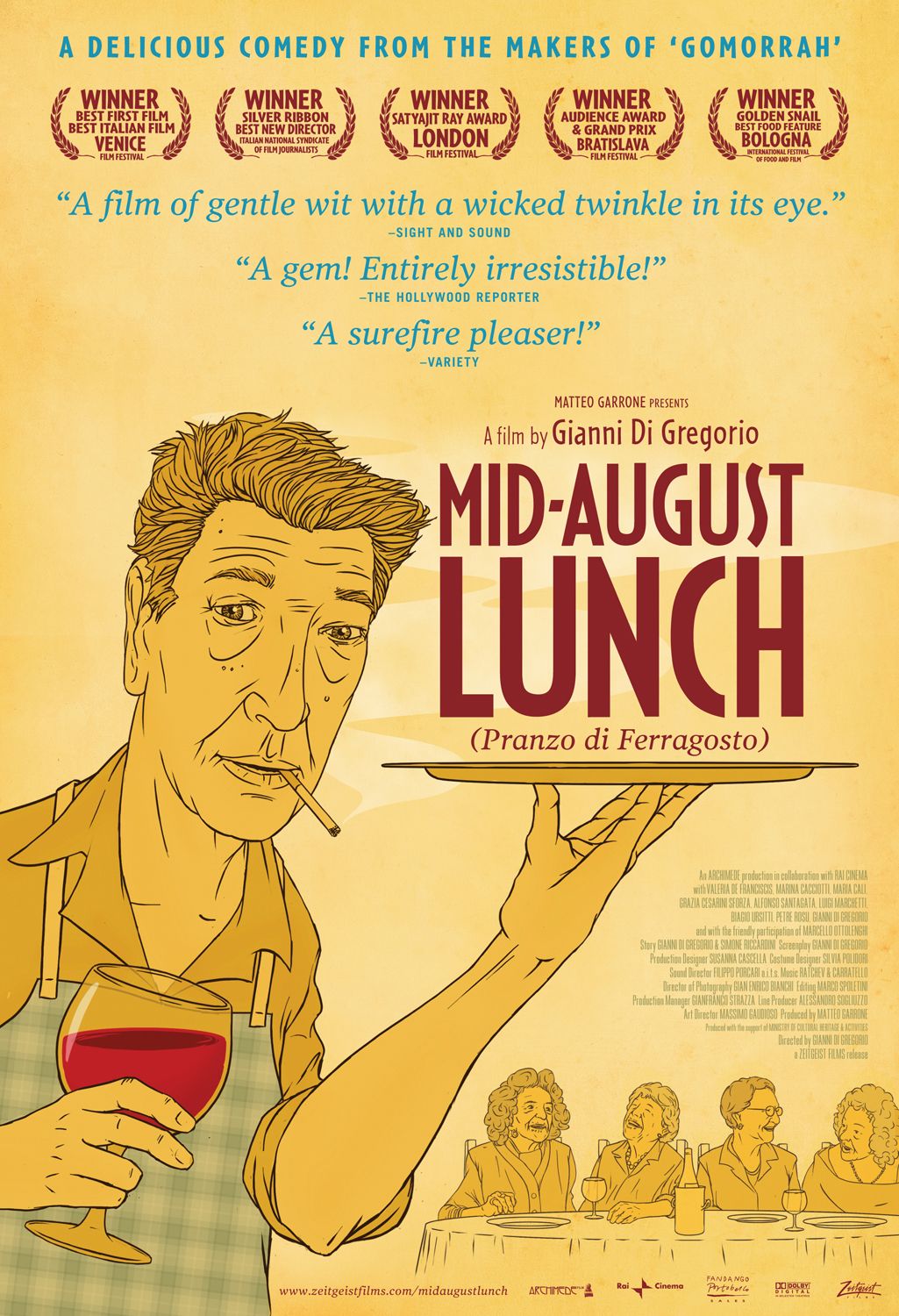 It's coming up to Ferragosto (a large mid-August Italian national holiday) and Gianni (Gianni di Gregorio) is broke and trapped in Rome caring for his cantankerous, aged mother (de Franciscis). His building manager is eager to leave town, so he forces his own mother (Cacciotti) on the penniless bachelor, promising to erase some of Gianni's debts in return. Marina can't possibly live without her sister, Aunt Maria (Calì)... so before the weekend has even begun, the tally of elderly Italian ladies occupying Gianni's cramped apartment has already tripled. But wait — there's even more to come.

Brimming with humanity and humor, this warm, totally disarming farce clocks in at a breezy seventy-five minutes; and yet, it's so pleasurable, you're sorry to see it end so soon. Di Gregorio's prior stint as a co-writer on the gritty crime drama "Gomorrah" didn't exactly signal the light comic touch on full display in his screenplay, direction and lead performance — a triple-threat tour de force. As good as Di Gregorio is, however, he's constantly upstaged by his team of Italian grannies; all non-actors, they own the screen like the divas of old. Sometimes, a light "Lunch" is just what you're hungry for.