Why You Should Vote for

Given today’s chaotic, divisive political environment, it’s hard to imagine that events on the presidential stage could be any more sensational, yet looking back, many memorable films have mined the drama inherent in this exalted office.

Here are a dozen of my personal favorites. Vote early and often for these special titles! 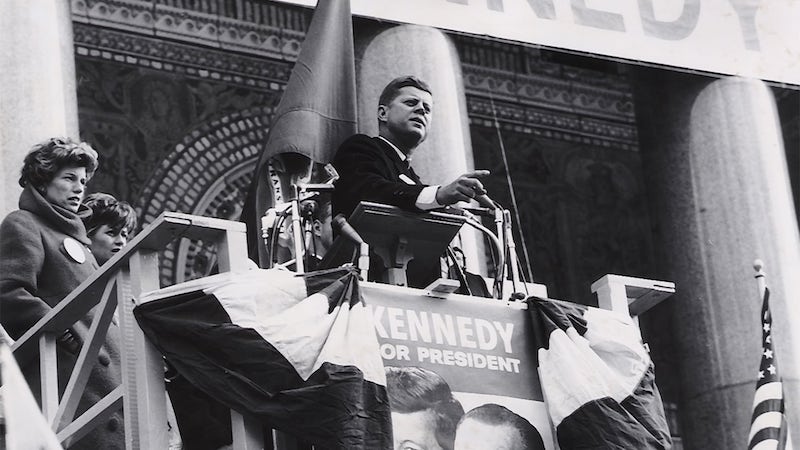 The Platform: Documentarian Robert Drew got up-close, fly-on-the-wall access to John F. Kennedy’s presidential campaign in 1960, and recorded for posterity all the sweat, toil  and tedium of the process.

Why It Gets My Vote: Though the succeeding years have brought many films profiling our youngest elected president and his family, it all started with this intimate documentary tracking a junior Senator’s unlikely rise to our nation’s highest office. Kennedy’s charisma shines through in this illuminating film that captures a more idealistic, hopeful time. 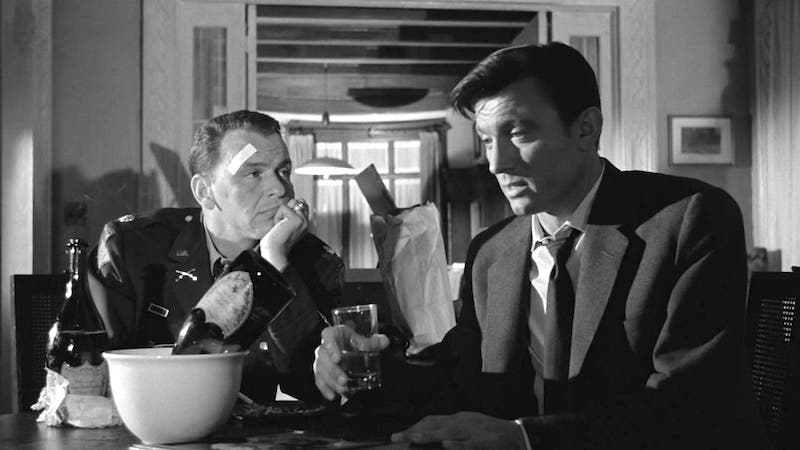 The Platform: A soldier captured during the Korean War is brainwashed by his communist captors to carry out a mission that strikes at the nation’s highest office. A suspicious former comrade is the only one who can avert catastrophe.

Why It Gets My Vote: John Frankenheimer’s taut, suspenseful film still has the power to shock, and boasts superb performances from Laurence Harvey, Frank Sinatra, Janet Leigh and an Oscar-nominated Angela Lansbury at her evil best. Don’t miss that breathless finish! (Not to be confused with the 2004 remake, which pales by comparison).

Dr. Strangelove, or How I Learned to Stop Worrying and Love the Bomb (1963) 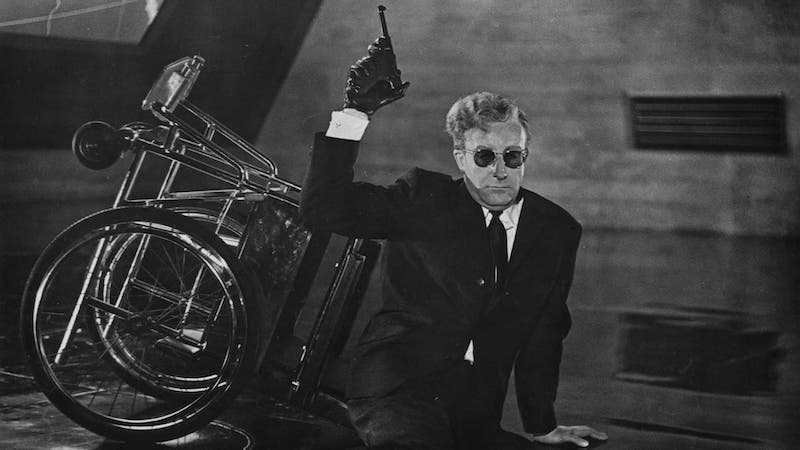 The Platform: Stanley Kubrick’s black comedy concerns a general who goes insane and orders a nuclear attack on Russia. The President and his team work feverishly to come up with a solution, but it’s not so simple.

Why It Gets My Vote: This brilliant satire did more to skewer the nuclear arms race than any serious drama could. Sterling Hayden and George C. Scott give hilarious turns as deranged military officers, and the Oscar-nominated Peter Sellers nails three separate roles, including the title character. All these years later, “Strangelove” endures as a cult favorite, and no wonder.

The Platform: The nation’s top military officer plots a coup against an aging president who opposes him. One of the general’s key aides uncovers the scheme, and must decide where his own loyalties lie.

Why It Gets My Vote: Frankenheimer’s follow-up to “Candidate” is a gripping tale about shady machinations at the highest levels of government. Burt Lancaster makes a frightening general, Kirk Douglas is solid as his conflicted aide, and Fredric March almost steals it as the President. Also watch for Ava Gardner, who breaks your heart in a small but pivotal role. 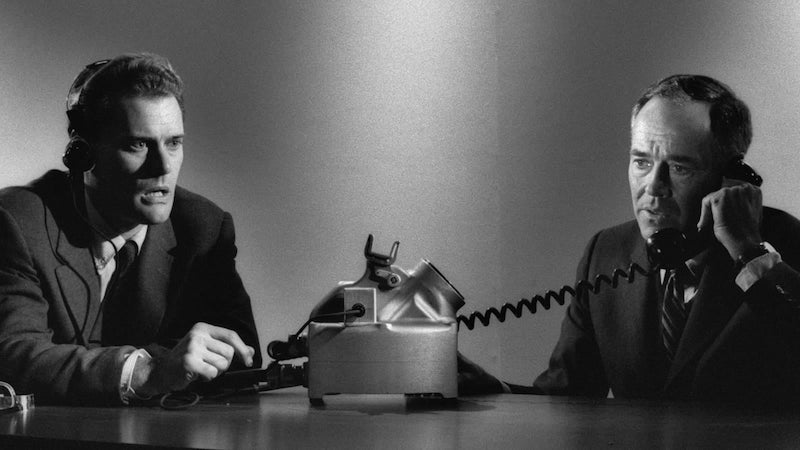 The Platform: A grim, deadly serious variation on “Dr. Strangelove”, Sidney Lumet’s drama imagines what would happen if a technical error caused a nuclear strike against Moscow, with no way to recall the planes.

Why It Gets My Vote: Lumet’s tight, claustrophobic film builds an escalating sense of doom as a brave, steady President (beautifully played by Henry Fonda) gradually realizes he may be powerless to prevent nuclear Armageddon. A young Larry Hagman also scores as an understandably nervous translator. Lumet’s wind-up still chills over half a century later. 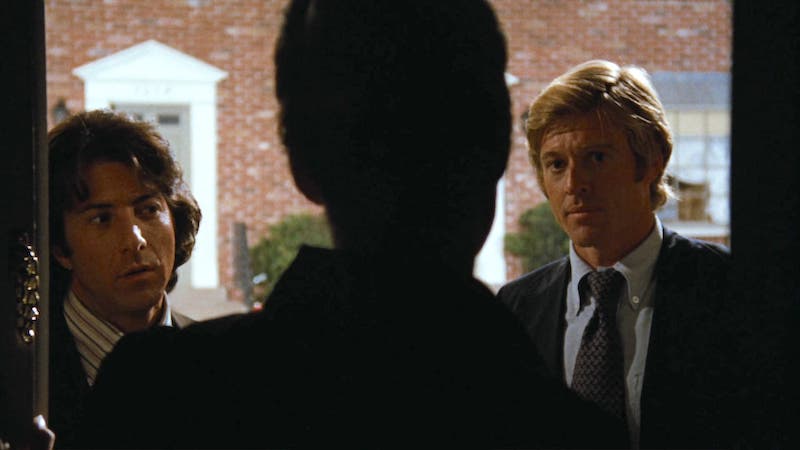 The Platform: Based on the Woodward/Bernstein bestseller,  this riveting true life tale traces the dogged efforts of two junior Washington Post reporters, which eventually brought down a President.

Why It Gets My Vote: Alan J. Pakula’s smart, deliberate thriller makes for fascinating viewing, and its basis in truth only boosts its impact. Stars Robert Redford and Dustin Hoffman make a formidable duo, Hal Holbrook registers as “Deep Throat,” and Jason Robards deservedly won an Oscar for his portrayal of editor Ben Bradlee. This important film brings history to vivid life. 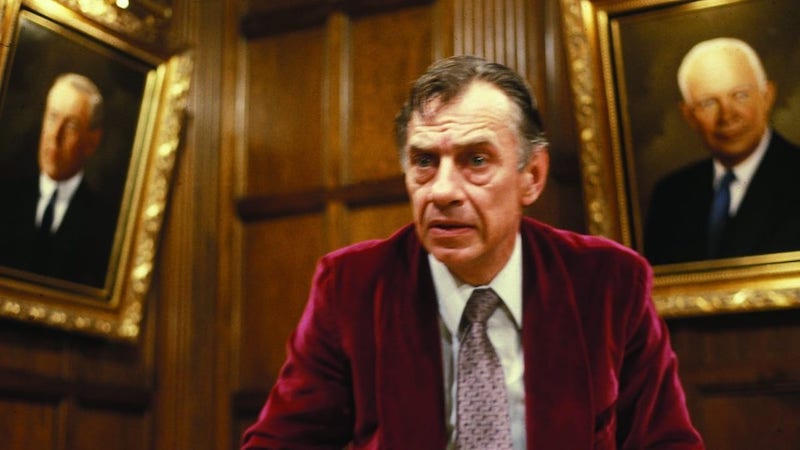 The Platform: Based on a stage play by Donald Freed and Arnold Stone, Robert Altman’s film shows an embittered Richard Nixon in exile after impeachment, railing against his fate and his enemies, real and imagined.

Why it Gets My Vote: Philip Baker Hall turns in a bravura performance in this one-man show, capturing the former president’s lingering anger, resentment and sense of injustice. The result is an unnerving portrait of a brilliant politician whose ruthlessness and paranoia caused a precipitous fall. This disturbing feature deserves a wider audience. 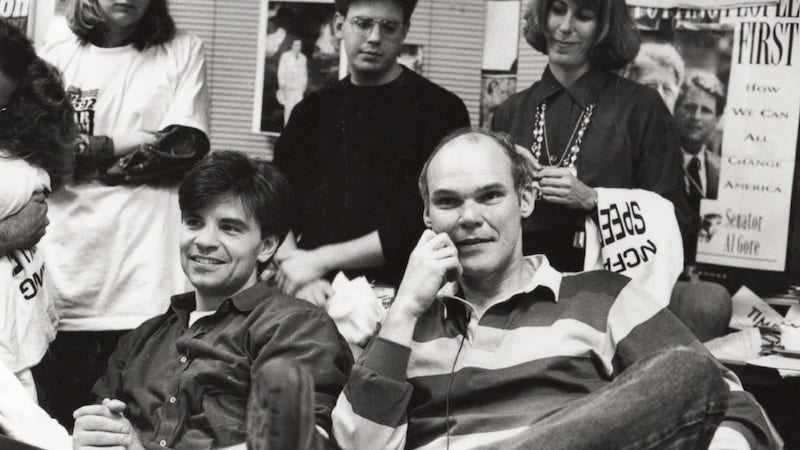 The Platform: Documentarians D.A. Pennebaker and Chris Hegedus take us behind the scenes of Bill Clinton’s campaign for President in 1993, focusing on key Clinton aides James Carville and George Stephanopoulos.

Why it Gets My Vote: In the noble tradition of 1960’s “Primary”, this doc takes us into the heart of the action, as we watch sharp operatives Carville and Stephanopoulos react in real time to revelations about their candidate that could have sunk the Clinton candidacy, but didn’t. Don’t miss this penetrating, mesmerizing glimpse into how one president actually got elected. 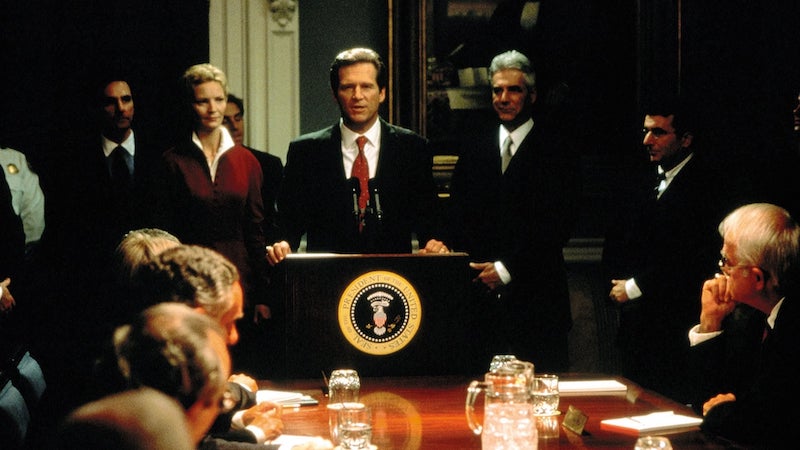 The Platform: When the sitting Vice President passes away suddenly, a female Senator is tapped for the job. The senior senator in charge of her confirmation then digs up dirt that threatens her nomination.

Why it Gets My Vote: Rod Lurie’s feature exposes the seamy underside of our political process, reflecting the cynicism generated by the Clinton impeachment. Joan Allen excels in the title role, Jeff Bridges ably fills the shoes of the President, and Gary Oldman clearly relishes the role of beltway villain. Sadly, “The Contender” feels just as relevant today as it did two decades ago. 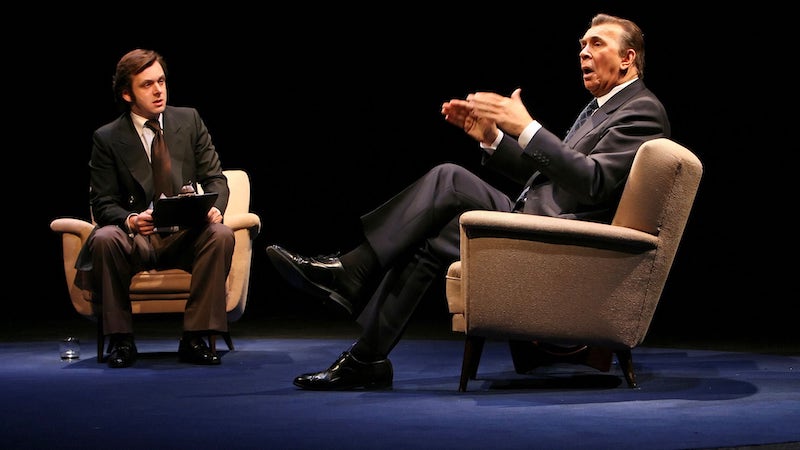 The Platform: Three years after resigning from the Presidency, Richard Nixon agreed to sit down with TV personality David Frost for an in-depth interview. This film recreates the drama surrounding that event, on- and off-camera.

Why it Gets My Vote: Director Ron Howard crafts an exciting drama pitting a former President hoping to rehabilitate his image with an interviewer who must prove he can hold his own with this shrewd, still formidable figure. The battle of wits is consistently absorbing, largely thanks to actors Frank Langella and Michael Sheen, who capture both Nixon and Frost impeccably. 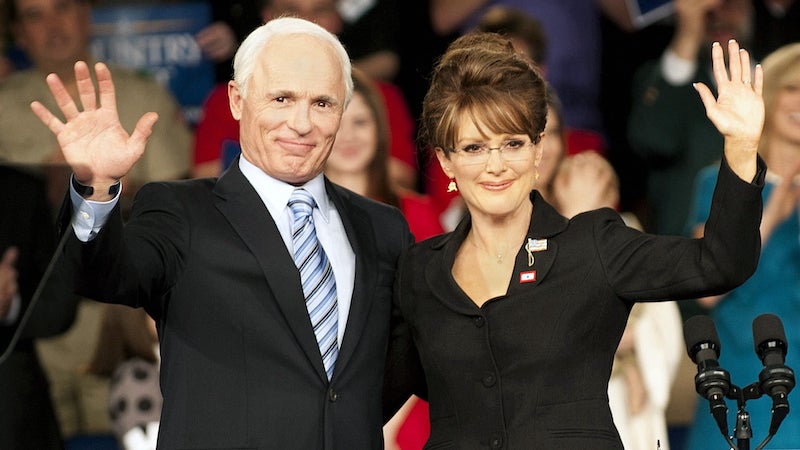 The Platform: In 2008, John McCain wins his party’s nomination for president, but Obama leads in the polls. To change the dynamic, his advisors propose picking unknown Alaska Governor Sarah Palin as his running mate.

Why it Gets My Vote: Julianne Moore looks and sounds so much like Palin in this compulsively watchable film that it’s downright eerie. She also captures the candidate’s unique mix of plucky resolve and apparent cluelessness. Woody Harrelson shines as advisor Steve Schmidt, and Ed Harris does full justice to McCain, who knew he was taking a big risk, and lived to regret it. 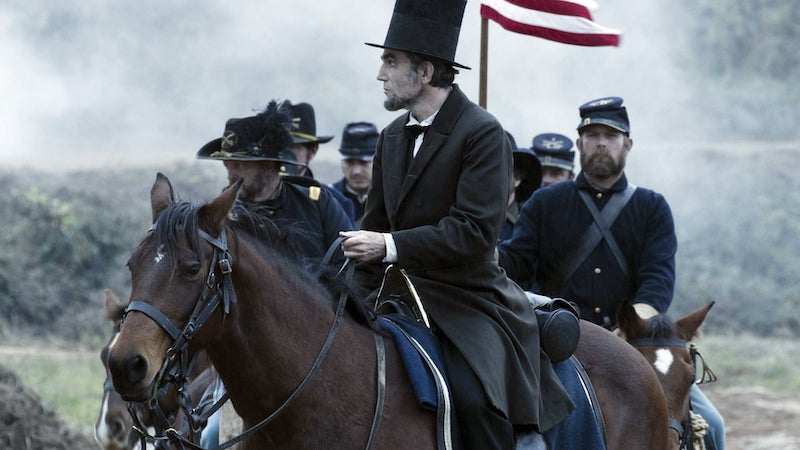 The Platform: As the Civil War drags on after nearly four bloody years, President Abraham Lincoln works feverishly to win support for the constitutional amendment that will end slavery. Will it get passed before the war ends?

Why it Gets My Vote: Steven Spielberg’s historical drama drives home the enormous pressure our sixteenth president faced in early 1865, as he confronted competing priorities of ending the war and securing passage of the Thirteenth Amendment. In an Oscar-winning turn, Daniel Day-Lewis touchingly evokes the martyred President’s dignity and torment. A stunning achievement.

Brute Force: What Made