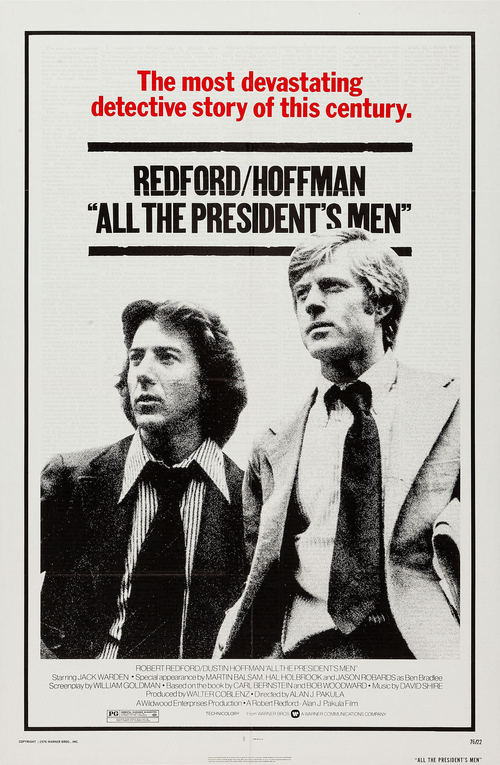 All The President's Men

A true-life detective tale about a pair of intrepid reporters, this film follows Washington Post journalists Bob Woodward (Redford) and Carl Bernstein (Hoffman) as they uncover a possible connection between the 1972 Watergate burglary and a White House staffer. With the blessing of executive editor Ben Bradlee (Robards) and inside dope from Woodward's ultra-secret source, "Deep Throat" (Holbrook), Woodward and Bernstein doggedly "follow the money" all the way to the top.

Although you never glimpse anyone playing Nixon, this Oscar-nominated film documents how the power of the press and determination of two young journalists brought down this president, who two years prior had won re-election by the widest margin in history. Faithfully adapted from the Pulitzer Prize-winning book authored by these same reporters, the movie is more exciting than fiction, and the starring triumvirate of Redford, Hoffman, and Robards merge seamlessly with their real-life counterparts. Here's a superlative thriller always worth revisiting.

All the Money in the World