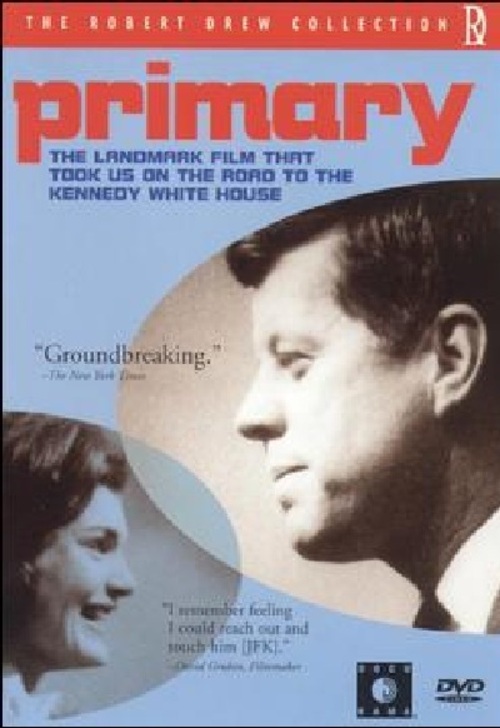 The road to the Kennedy White House was memorialized on celluloid in this groundbreaking political documentary, which trails then-senator John F. Kennedy day and night in his Wisconsin primary campaign against Sen. Hubert Humphrey for the Democratic ticket.

Using a small camera and a bare-bones crew (including future documentarians D.A. Pennebaker, Albert Maysles, and Richard Leacock, who acted as sound recordist), Drew managed to capture intimate footage of JFK in his prime, as the Wisconsin race was heating up. Plagued with the same questions about "experience" that hounded Barack Obama, and fending off hostile questions about his Catholicism and putative allegiance to Rome, Kennedy flees the cities and campaigns hard in the rural areas, eventually cementing his reputation as a brash but charismatic newcomer who represents the winds of change. Though brief at under an hour, "Primary" is never less than fascinating in its dispassionate attention to unfolding events, as well as to the unscripted character and personality of one of our most beloved presidents.