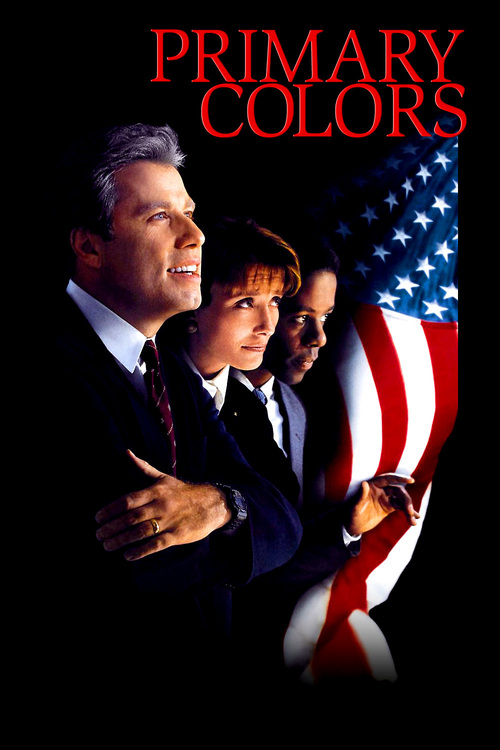 When Southern governor Jack Stanton (Travolta) launches a promising campaign to become the next president, he hires Henry Burton (Lester), grandson of a civil-rights pioneer, to be his right-hand man. But when allegations of sexual misconduct surface during the New Hampshire primary, he brings in an old chum, lesbian strategist Libby Holden (Bates), to help him clean up the mess – and tarnish the reputation of his opponent, Florida governor Fred Holden (Hagman), setting the stage for a clash between idealism and ruthless political ambition.

Based on the "anonymous" roman à clef by Newsweek columnist Joe Klein, Mike Nichols's savvy Clintonian satire brilliantly lampoons the opportunistic, cynical dynamics of electoral American politics. Travolta is wry and convincing as the womanizing, seemingly sincere good ol' boy guv, and with Thompson at his side, playing the wily, ambitious would-be First Lady, their take on Washington's most scandalized power couple is spot on. Equally impressive are Bates, Hagman, and Billy Bob Thornton as a James Carville-like strategist. A superb cast, a sharp screenplay by Elaine May, and Nichols's assured direction make this win-at-all-costs campaign anything but a bore.

Prince of the City