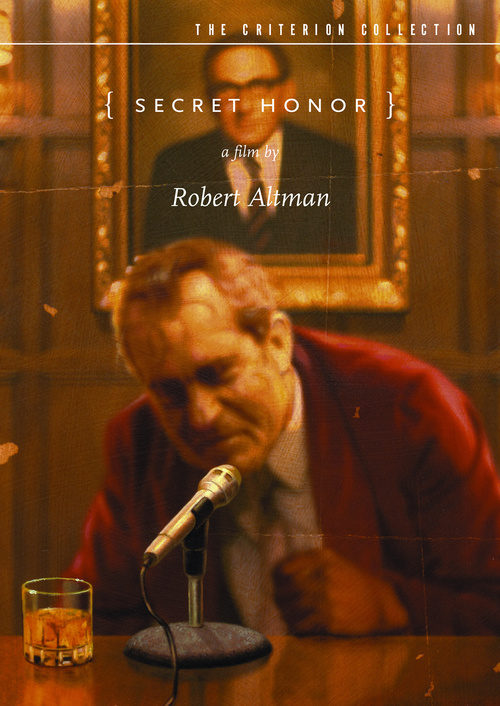 Shortly after his fall from grace and resignation following the Watergate scandal, former U.S. president Richard M. Nixon (Hall) sits alone in his private study late at night, dictating his memoirs, with a bottle of Chivas close at hand. Downing a few drinks, then a few more, Nixon rants bitterly about Khruschev and Kissinger, Castro and the Kennedys, revisiting his past glories and failures while attempting to rehabilitate his tainted image.

A filmed adaptation of Philip Baker Hall's tour de force one-man show, Altman's "Secret Honor" presents Nixon as a blustering paranoid-obsessive consumed by rage and a crippling insecurity, but also as a man with deep regrets about his life and legacy. Hall is haunting as the broken, isolated former leader, and Altman's unique visual sensibility lends a restrained but effective cinematic quality to the single-actor, single-setting environment. Disturbing and poignant, "Secret Honor" is a complex look at a misguided, misunderstood, tragic figure.