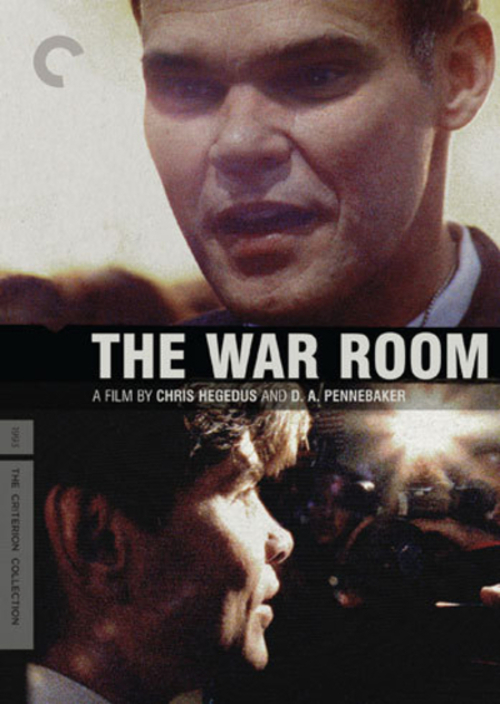 In this behind-the-scenes look at the charismatic team who ran President Bill Clinton's 1992 presidential campaign, Chris Hegedus and D.A. Pennebaker track the personality conflicts and myriad rivalries that plagued these strategists' groundbreaking efforts to elect their man amid a torrent of scandalous bad press.

The 1992 presidential campaign may seem like eons ago, but "The War Room" brings it all back. The movie focuses on Clinton's aggressive key operatives, in particular the blunt, unconventional James Carville, whose lack of social graces is balanced by a searing intelligence and ruthless political instinct, and the smooth-talking, telegenic George Stephanopoulos. Adding to the drama is the unlikely romance between Carville and Mary Matalin, George Bush the elder's chief campaign adviser. "War Room" is a vivid glimpse into the back-room wheeling and dealing which fuels the modern democratic process.