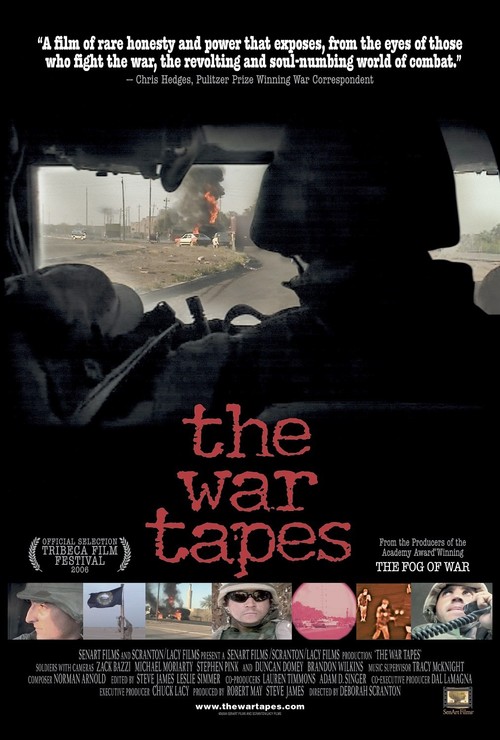 Rather than make yet another straightforward documentary about the Iraq war, experienced filmmaker Deborah Scranton opted to give video cameras to three deploying soldiers so they could document their experiences for themselves. Ingeniously mounting the cameras on helmets, tank dashboards and the like, soldiers Zack Bazzi, a conflicted Lebanese-American, Steve Pink, an aspiring writer trying to put himself through college, and Mike Moriarity, a specialist with a wife and kids at home, take us inside the war as never before.

The first war film in which soldiers actually control the cameras for themselves, "The War Tapes" was a revolutionary concept in documenting the proceedings in Iraq. The soldiers in the film are painfully honest, revealing conflicted thoughts and feelings, including a cynical belief that the war is being fought primarily for economic interests (e.g., oil). The film also strikes a deeply personal tone, as the three reveal the psychological toll of war after they have returned home. By turns touching and terrifying, funny and shocking, this game-changing documentary could transform your perspective on war, the media, and what it means to serve your country.