Show error Seven Days in May | Best Movies by Farr 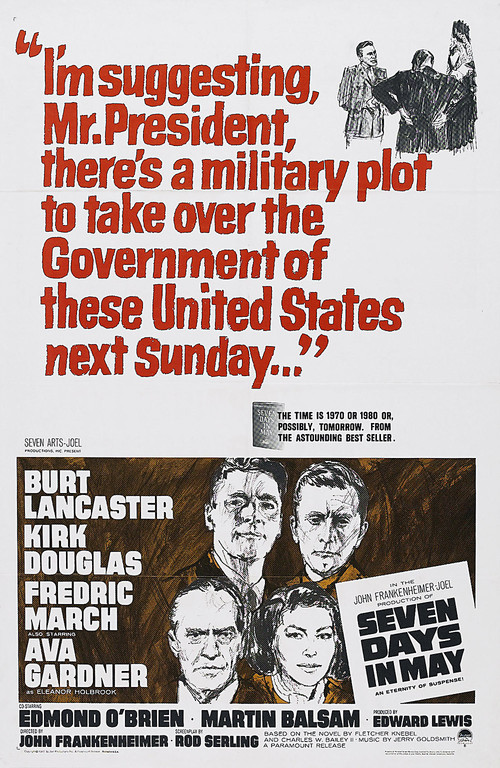 Seven Days in May

Outraged that US President Jordan Lyman (March) has signed a nuclear disarmament treaty with the Soviets, Gen. James M. Scott (Lancaster) plots a coup d'etat with other Joint Chiefs of Staff. Lyman is alerted to the conspiracy by Scott's aide, Col. "Jiggs" Casey (Douglas), and races against the clock to neutralize the general's traitorous plan.

Two years after "The Manchurian Candidate," director Frankenheimer scored again with this gripping political thriller. Beyond serving as a showcase for two frequently paired stars — Lancaster as a power-mad general, Douglas as the principled whistle-blower — the movie works because in the context of the paranoic Cold War era, the premise feels all-too-plausible. Stark black-and-white photography and brisk pacing only add to the film's breathless tension. The tight screenplay was penned by Rod Serling, based on Fletcher Knebel's book.