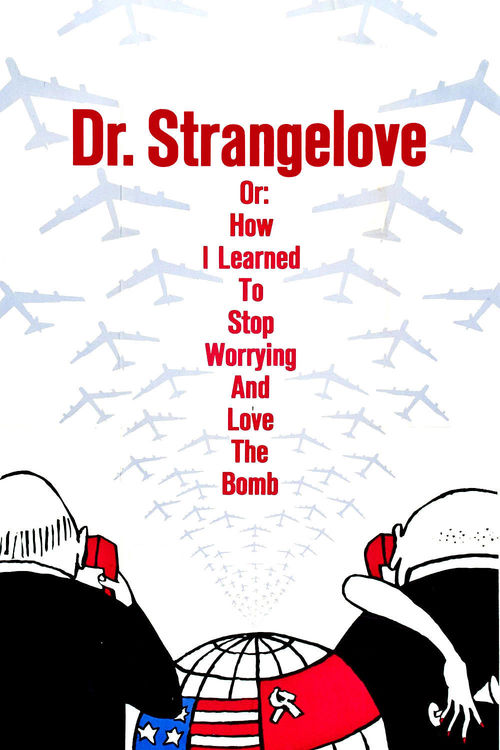 Dr. Strangelove or: How I Learned to Stop Worrying and Love the Bomb

In this satirical doomsday thriller, a U.S. bomber receives a signal to release its nuclear payload on Russia. When the unfortunate Captain Mandrake (Sellers) seeks out General Jack D. Ripper (Hayden) to learn why he ordered the drop and placed his Air Force base on lock-down, it's quickly evident the general has lost his marbles. Meanwhile, President Muffley (Sellers again) meets with senior advisors, including General Buck Turgidson (Scott) and the oddly sinister nuclear scientist Dr. Strangelove (Sellers), to review their options to save the planet.

The most inspired piece of Cold War satire ever, "Strangelove" confronted jittery audiences in the aftermath of the Cuban Missile Crisis, and not long after the advent of the H-bomb. With Kubrick's twisted genius as director and screenwriter in full bloom, and peerless performances by Sellers (in three roles), Scott, and the unhinged Hayden, the film manages to be unbearably funny and extremely disquieting all at once. The blackest of pitch black comedies, this "Dr." really hasn't aged one bit.