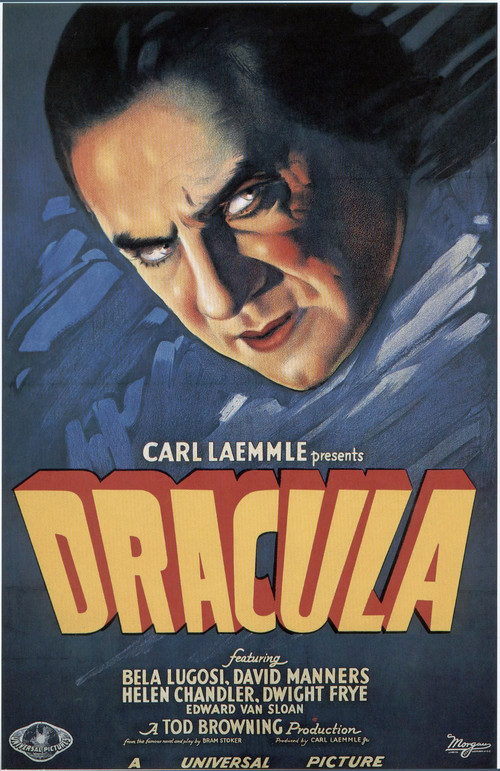 This first film adaptation of Bram Stoker's classic tale recounts the trip to London of a bloodthirsty Transylvanian Count named Dracula (Lugosi), who then proceeds to pierce the slender necks of various ladies and turn himself into a bat or wolf at will. Only the learned Professor Van Helsing (Van Sloan) knows what they're all up against. Will the good doctor find the means to destroy the wily, evil Count before more helpless women fall prey to his seductive bite?

Now well over eight decades after release, this vintage horror picture still delivers plenty of chills, thanks to Lugosi's hypnotic presence and the ominous atmosphere created by director Browning and team. In particular, the outstanding set design and stark black and white cinematography (by Karl Freund) add to the prevailing eeriness. Note: Universal reissued a special two disc edition in 2006, including a digitally remastered print, a documentary tracing the proud horror tradition at Universal Studios, and a "featurette" on Lugosi himself, the tragic actor whose persistent identification with this role became both a blessing and a curse. All of it makes for worthwhile viewing.