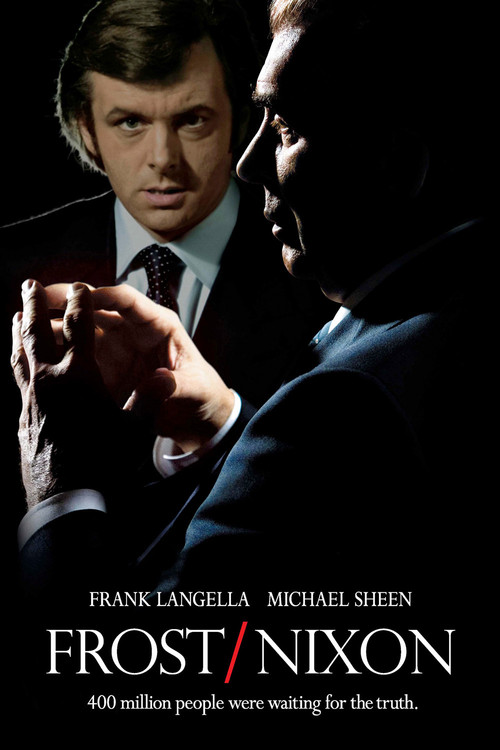 When President Richard Milhous Nixon (Langella) resigns from the White House in the wake of the Watergate scandal, Australian talk-show host David Frost (Sheen) hatches an idea to interview the disgraced former president, ponying up his own money to clinch the deal when all the major networks turn him down. Viewed as a breezy, lightweight celebrity gabber, Frost puts his reputation on the line as he prepares to shoot the historic, four-part interview with Tricky Dick, a formidable adversary he hopes to elicit an apology from. Instead, he gets something more.

Based on Peter Morgan’s stage play, Ron Howard’s “Frost/Nixon” is an intelligent, impressive big-screen realization of a dialogue-heavy script that nevertheless packs in plenty of dramatic suspense, even though we know ahead of time that Nixon eventually damned himself by revealing too much in these 1977 interviews. Langella’s embodiment of Nixon is artful and meticulous but not pure mimicry, while Sheen is shrewd but likable as a gallivanting ladies’ man angling for Beltway respect. Both make worthy opponents who have more in common than they at first recognize. “Frost/Nixon” is faithful to the historical record, but imaginative in its freewheeling approach.