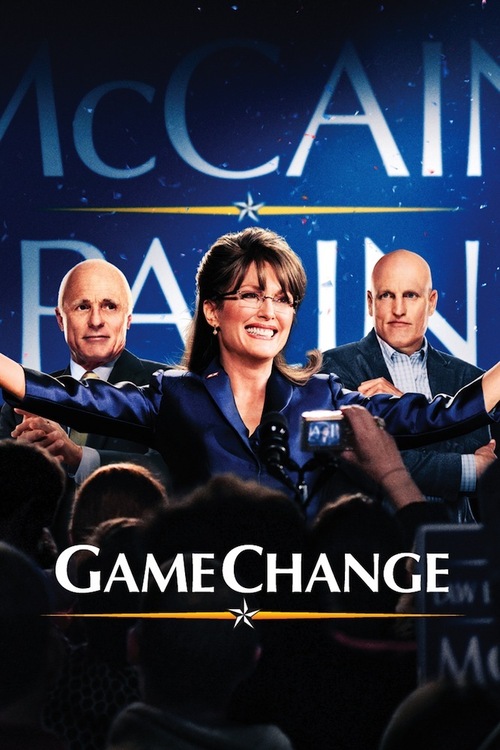 Leading up to the 2008 Presidential election, Republican nominee Senator John McCain (Harris) has not chosen his running mate. His chief political advisor Steve Schmidt (Harrelson) suggests Alaska Governor Sarah Palin (Moore). She seems to fit all the criteria, but the party has scant time to vet her. During the following months, Palin is found to be woefully ill-informed on current events. Through public appearances, press interviews and a vice-presidential debate, Palin struggles to keep a hold on her sanity as she is dissected and criticized by the American public. But she may drive her campaign staff crazy in the process.

Director Roach and scriptwriter Danny Strong (Recount) bring clarity and surprising sympathy to the real-life events surrounding Palin’s nomination as McCain’s running mate. While revealing Palin’s woeful ignorance of national politics and world affairs, they wisely avoid caricature and mockery. In fact, it’s easy to feel sorry for Sarah, and more so for McCain, whose campaign was brought down by his choice of running mate (and a few other missteps). Moore astounds as she unerringly captures Palin’s charm, vulnerability and narcissistic ambition. Adapted from Mark Halperin and John Heilemann’s book of the same name, this multiple Emmy winner is a compelling, nail-biting drama.