of the Debonair James Mason

If you don’t remember the face of this peerless British player, whose film career spanned from the forties through the eighties, his silky, mellifluous voice will surely be familiar.

Perhaps most memorably, he played suave spy Philip Van Damm, out to steal American secrets and liquidate hero Cary Grant, in one of Alfred Hitchcock’s most entertaining films, “North by Northwest” (1959).

I have always believed that Mason steals that movie. Watch it again and see if you agree.

But this wonderful actor did so much more. He gave a shattering performance as Judy Garland’s alcoholic husband in George Cukor’s “A Star Is Born” (1954), played Lynn Redgrave’s aging suitor in the kooky “Georgy Girl” (1966), and scored again as Paul Newman’s opposing counsel in Sidney Lumet’s “The Verdict” (1982). He was Oscar-nominated for all three roles.

Handsome and debonair, Mason was happy to age out of leading man roles, priding himself on being a solid character actor. Revealingly, he once observed: “To be a successful film star, as opposed to a successful film actor, you should settle for an image and polish it forever. I somehow could never quite bring myself to do that.”

He was born James Neville Mason in Yorkshire, England on May 15, 1909. His father was a successful textile merchant, and young James grew up in a privileged milieu. He eventually attended Marlborough College and Cambridge, with hopes of becoming an architect.

The onset of the worldwide depression resulted in a change of plan. Mason calculated that there would be less demand for architects in tough times, and besides, there were plenty of them already. He stood a better chance of being able to support himself with acting jobs. 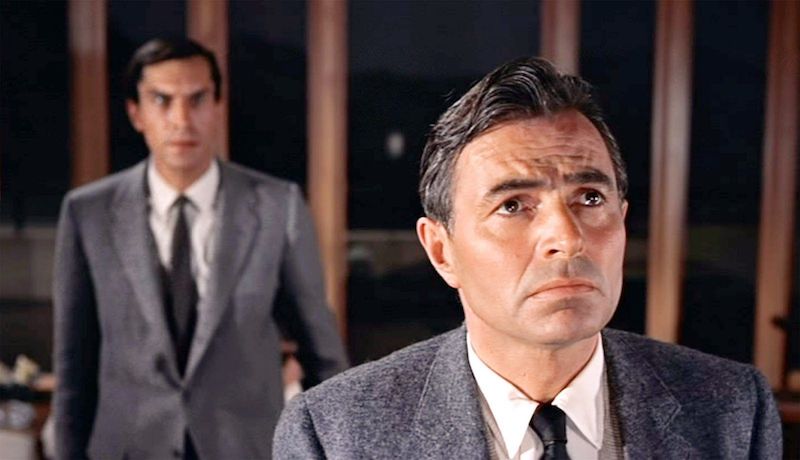 He’d come to his profession of choice the way many others do: by appearing in a play for fun and discovering he enjoyed it and had an aptitude for it. Beyond his natural talent, Mason’s dark, striking good looks and beautiful speaking voice were assets he could leverage in this sphere.

His first big break came when he was hired by the prestigious Old Vic Theatre in London, where he worked under legendary director Tyrone Guthrie. The show business community in England was fairly small back then, and Mason started meeting all the right people, gravitating towards the film world. At 24, he was finally cast in a movie by top producer Alexander Korda, only to be let go a few days into filming. He was undeterred.

Over the next several years, Mason got invaluable training appearing in a series of “quota quickies,” productions done swiftly and cheaply to meet the set percentage of films that had to be produced and exhibited in Britain by law.

In the early forties, Mason was cast in several features with Gainsborough Pictures (mostly costume epics) that provided war-weary audiences with a vital dose of escapism. Suddenly he was a star in his native country. By this time, he’d married his first wife Pamela Kellino, an aspiring actress from a well-to-do family. He’d also managed to alienate his own family by registering as a conscientious objector when England declared war on Germany. 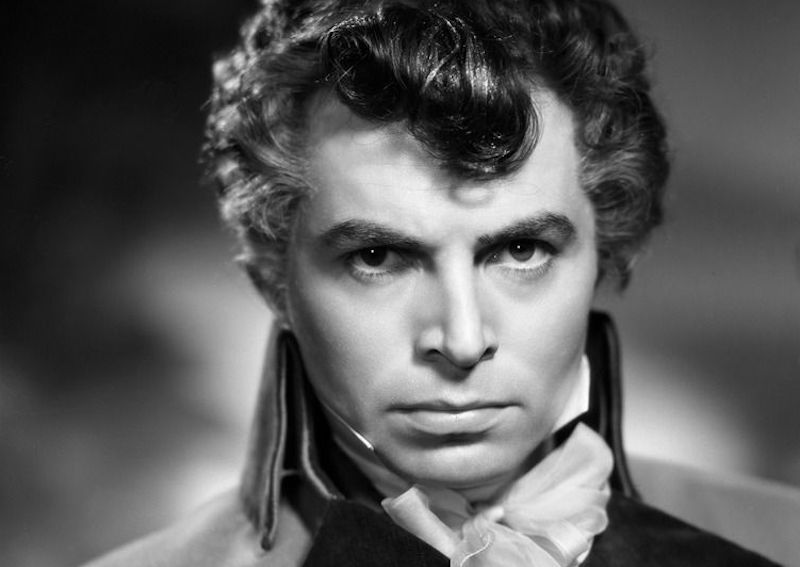 Mason’s films with Gainsborough included “The Man in Grey” (1943) and “The Wicked Lady” (1945), co-starring Margaret Lockwood. Breaking out of period mode, he also shone as a tyrannical musical teacher opposite Ann Todd in “The Seventh Veil” (1945). It was widely noted that he was every bit as good a villain as a hero.

The breakout film that made his name internationally was undoubtedly Carol Reed’s superb “Odd Man Out” (1947). Mason plays a young IRA soldier who gets shot during a robbery and goes on the lam.  The actor would cite it as his finest performance years later, and at the first BAFTA (British Academy Awards) ceremony in 1948, “Odd Man Out” won Best Film.

By this time, Mason and Pamela had already moved to Hollywood, a transition which started out badly and hardly improved with time.

James had always hated the idea of committing to a long-term contract with a big studio, then still the norm. He happened to meet Paramount producer David Rose and impulsively agreed to sign a multi-picture deal with him. However, it soon became clear that Rose could not deliver the caliber of scripts he wanted, so Mason terminated the agreement.

Rose promptly sued. Though Mason ultimately won in court, it stalled the actor’s momentum and reinforced the growing perception that this mercurial Brit was “difficult.” 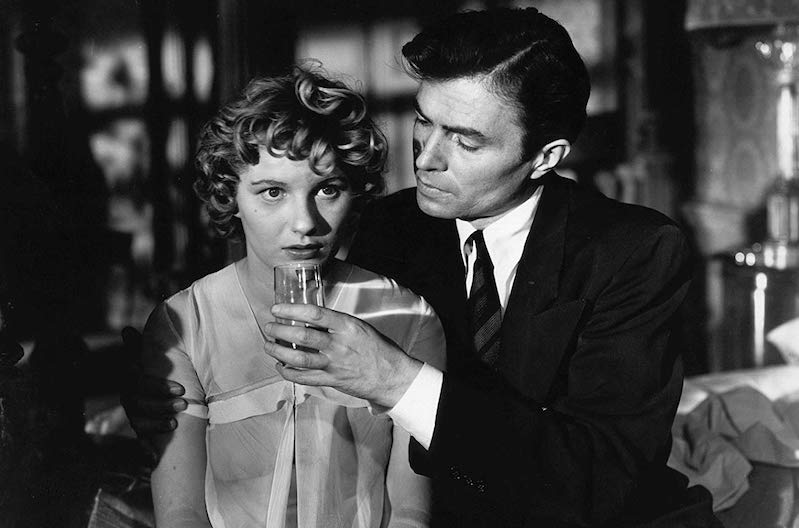 Finally untethered, Mason made two films back-to-back with legendary director Max Ophuls in 1949, “The Reckless Moment” and “Caught.” His initial antipathy toward Hollywood only increased as he watched this brilliant veteran from Germany struggle to win respect in an industry that clearly valued commerce over art.

Even as he prospered professionally over the next fifteen years, James would never feel totally comfortable in Hollywood. He resented the fact that producers and columnists seemed to have all the control, while actors were commoditized. He disliked all the glare and publicity.

On the other hand, the beautiful, highly social Pamela adjusted beautifully, throwing lavish, celebrity-filled parties at their house till the wee hours. Most often, James would avoid these, going to bed early with a glass of milk in anticipation of an early morning on set.

The Masons had two children, son Morgan and daughter Portland, and the kids were labeled “precocious,” often attending these soirees long after their father had retired. Meanwhile, Pamela began a string of affairs.

Their 23-year-marriage finally ended in 1964, with Pamela coming out on top in the divorce settlement. Fortuitously she had hired a sharp young lawyer named Marvin Mitchelson, who won her a $2 million settlement, an unheard-of sum for the time. Mason was virtually cleaned out and for the rest of his life, worried about money.

Mason finally left Hollywood, relocating to Europe. Over the next two decades, he took nearly every job offered to him, again due to his urgent, ongoing need for cash. The result was some regrettable appearances in schlocky movies completely unworthy of his talent, like 1971’s “Bad Man’s River” and most notoriously, 1975’s “Mandingo.” 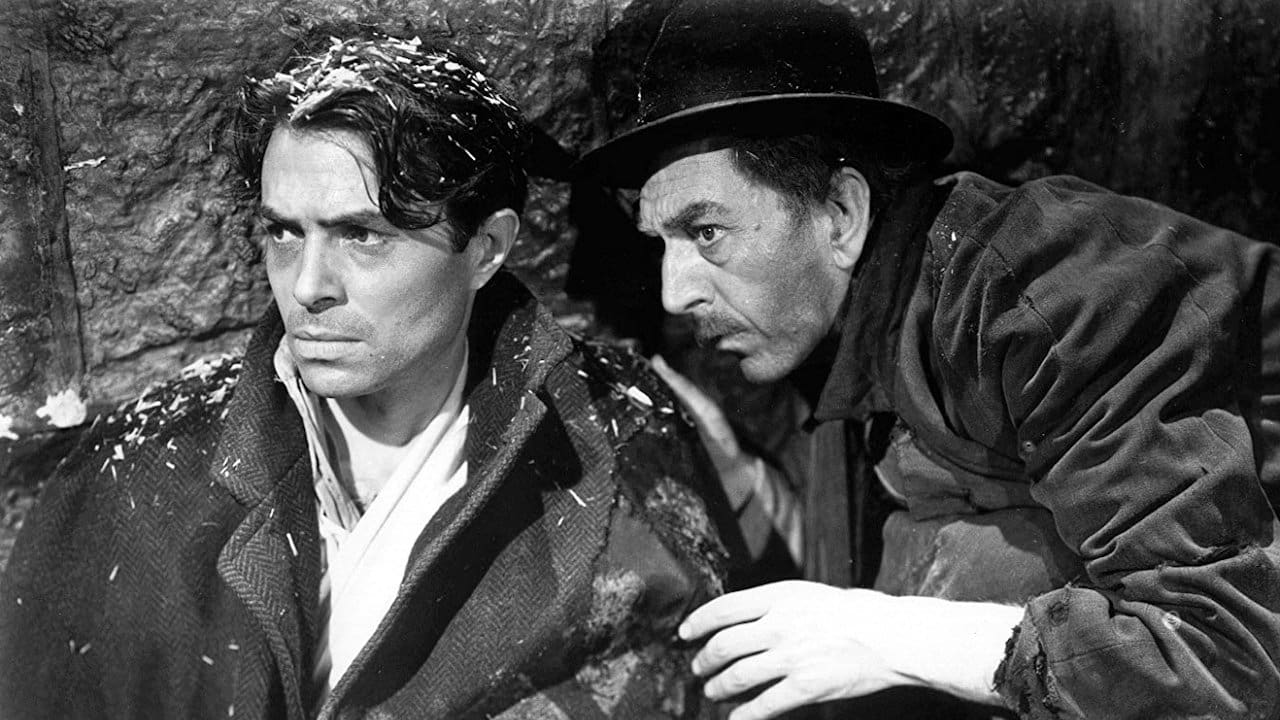 Mason married Australian actress Clarissa Kaye in 1971, and that union endured till his death. By most accounts a fiery, difficult, strong-willed woman, she used her husband to advance her own stalled career, insisting that she be given parts in many of his films. This requirement was, in fact, written into many of his contracts.

James Mason finally settled in Switzerland where he found the peace and privacy that had always eluded him. He must have wondered to himself why he’d stayed in Hollywood so long. He died there of a heart attack on July 27, 1984. He was 75.

Mason had left his entire estate to Clarissa with the understanding that it would go to his children on her death. However, relations with her stepchildren grew so poisonous that she decided instead to leave his fortune to a trust benefiting an obscure Indian sect.

She also hid Mason’s ashes in a Geneva bank vault, and his kids had to sue to recover them. Ultimately, the actor’s remains were buried on a scenic Swiss hillside close to his good friend and neighbor, Charlie Chaplin.

James Mason the man was complex and enigmatic: a somewhat moody, private, and solitary figure who could withdraw into himself or, when comfortable and engaged, be enormously kind and charming. His British reserve prevented many from knowing him fully, or understanding his somewhat masochistic relationships with the two women he married.

He may well have been one of those performers who felt happiest playing someone else. It goes without saying that we were extremely happy to watch him do just that.

12 of the Best Mysteries and Suspense Films