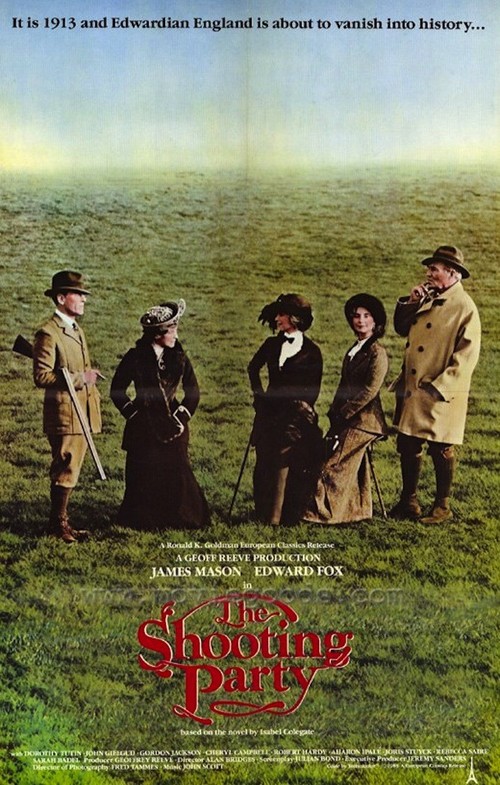 Just prior to World War I, landed aristocrat Sir Randolph Nettleby (Mason) invites a group of acquaintances — including conceited Lord Gilbert Hartlip (Fox) and his wife, Lady Aline (Campbell) — to his English manor for a weekend of sport hunting. Over the course of an eventful holiday, in which bitter grievances and illicit flirtation cause interpersonal friction, this group of upper-class elites comes to realize that their privileged world is about to change forever.

In his last screen performance, the inimitable James Mason brought poignant, old-world charm to the role of Sir Nettleby, an impeccably mannered blue-blood presiding wearily over his vast country estate in 1913 England. Beautifully lensed by Fred Tammes and outfitted with a stellar British cast including John Gielgud, Dorothy Tutin, and Rupert Frazer (as Fox's boastful rival), "Party" builds to an ominous climax, reflecting the violent unrest soon to engulf Europe in the Great War. Quieter than Renoir's "Rules of the Game," but just as pointed in its critique of outmoded class values, "The Shooting Party" is rich, old chap, in more ways than one.