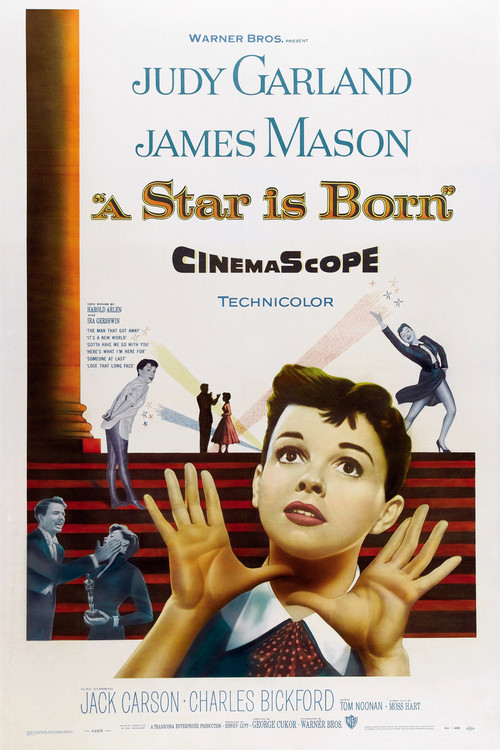 A Star is Born

Warner Brothers' near-perfect musical re-make of "A Star Is Born" follows the same classic plotline as the 1937 original: leading man Norman Maine (Mason) helps budding musical sensation Esther Blodgett (Garland) achieve fame and success, just as acute alcoholism is causing his own star to plummet. Though the two fall in love, their opposing career trajectories put an inevitable strain on their union.

A triumphant return to the screen after a four-year absence for the ineffable Judy Garland, this is the quintessential Hollywood story — and a perfect showcase for Judy at the peak of her powers. (Just watch her perform that extended "Born in a Trunk" sequence!) Equally effective as a drama, the film benefits from a heart-rending performance by Mason as Maine, Garland's washed-up mentor and husband. Nominated for six Oscars, including Best Actor, Actress, and Song ("The Man That Got Away"), this timeless musical remains evergreen entertainment. Don't let it get away from you.

A State of Mind