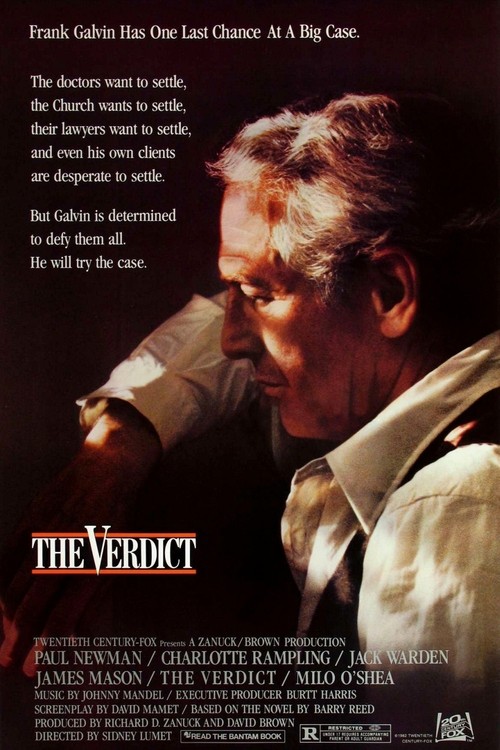 Boston lawyer Frank Galvin (Newman), a washed-up alcoholic, faces the battle of his life when he decides to pursue a medical malpractice suit against a powerful Catholic hospital on behalf of a young comatose woman's family. Of course, the case he lands appears impossible to win, given his tenuous condition and the array of legal forces against him, led by the shrewd and powerful attorney Ed Concannon (Mason).

A searing, moody courtroom drama masterfully directed by Sidney Lumet, "Verdict" earned five Oscar nominations in 1982, including nods for Newman, Mason, Lumet, and writer David Mamet. As Frank Galvin, Newman shows a rare vulnerability as a man struggling to redeem himself before it's too late. This film represents both courtroom and human drama at its finest, with veteran player Warden superb as Mickey Morrissey, Galvin's only remaining colleague and friend.