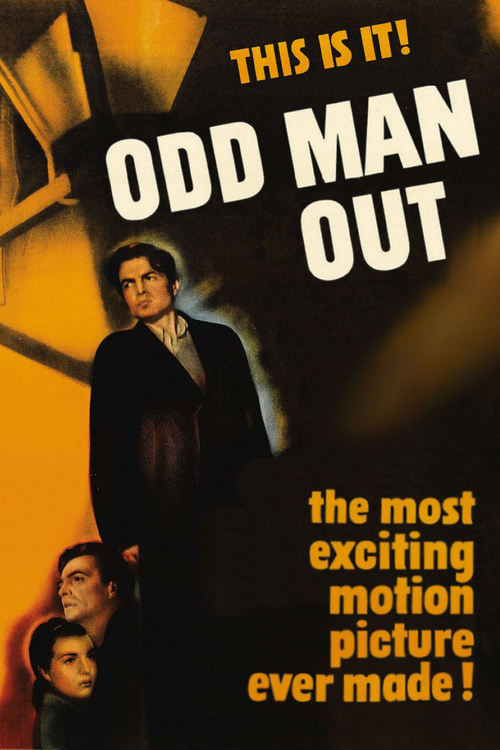 In a Belfast home owned by his girlfriend Kathleen (Ryan) and her mother, IRA operative Johnny McQueen (Mason) plans a daring robbery to fund operations against the British occupiers in Northern Ireland. The job goes awry, Johnny is shot in the process, and he becomes a hunted fugitive. Kathleen wants to ensure he makes it to safety before his wounds turn fatal, and sets out after him.

Director Carol Reed helped cement James Mason's stardom with this gritty, gripping nail-biter, which won the BAFTA Award for Best Film. The youthful Mason is indeed electric as the determined, then desperate protagonist. The woefully underrated Robert Newton also registers as Lukey, a slightly unhinged painter who harbors Johnny for a time. Also look for a young Cyril Cusack. It's "odd" indeed this incredible film doesn't have a wider audience.