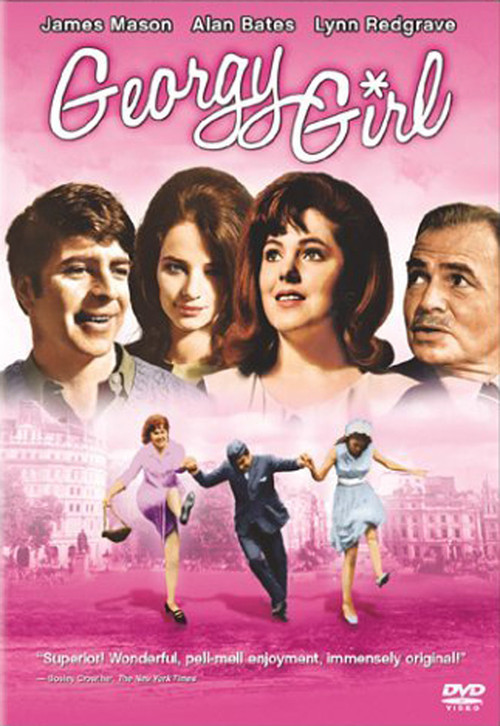 Georgina, known as Georgy (an Oscar-nominated Redgrave), is an ugly duckling at loose ends. Her father is a manservant whose married, middle-aged employer (Mason) wants her as his mistress. Meanwhile, her gorgeous roommate Meredith (Rampling) treats her carelessly, even as Georgy basks in her glamour. Finally, there's Jos (Bates), Meredith's sometime boyfriend, who beds the beauty but seems to prefer Georgy's company. Somehow, this plump, sweet girl must make sense of her disordered life and figure out where she belongs.

Narizzano's distinctive black comedy has Georgy, a free spirit with a self-image problem, surrounded by somewhat pathetic, bizarre characters: Meredith's beauty can't conceal the soul of a witch; Jos is a loveable, overgrown child; and Mason's character seems like a rather lonely, leering fellow, though endowed with real affection for Georgy. Still, the film's ambiguity is intended — and it's a large part of its charm. In all, "Georgy" is a thought-provoking, highly original ride, with terrific performances and a vivid sense of London in the swinging sixties. And who can forget that catchy title tune by The Seekers?