All About Anne Baxter,

The Actress Who Played "Eve"

Joseph L. Mankiewicz’s “All About Eve” is often cited as the best film ever made about the theater, and I believe it earns that distinction. It also stands one of the most literate dramas ever to come out of Hollywood, a caustic, cautionary tale about how the dark side of our natures can emerge in the pursuit of bright lights and fame.

For those unlucky enough not to have seen it, “Eve” centers on an aging Broadway diva named Margo Channing, and an adoring young acolyte named Eve Harrington who haunts the stage door every night hoping for a glimpse of her idol. Flattered by her adoration, Margo eventually offers her a job as her assistant. Gradually, it’s revealed that Eve is a snake in sheep’s clothing who wants to replace her trusting employer at center stage.

Actress Anne Baxter won the plum role of Eve partly because she resembled Claudette Colbert, who’d originally been cast as Margo. It seems that initially Mankiewicz wanted to suggest that Margo was in fact being taken over by her younger self. However, this was not to be. 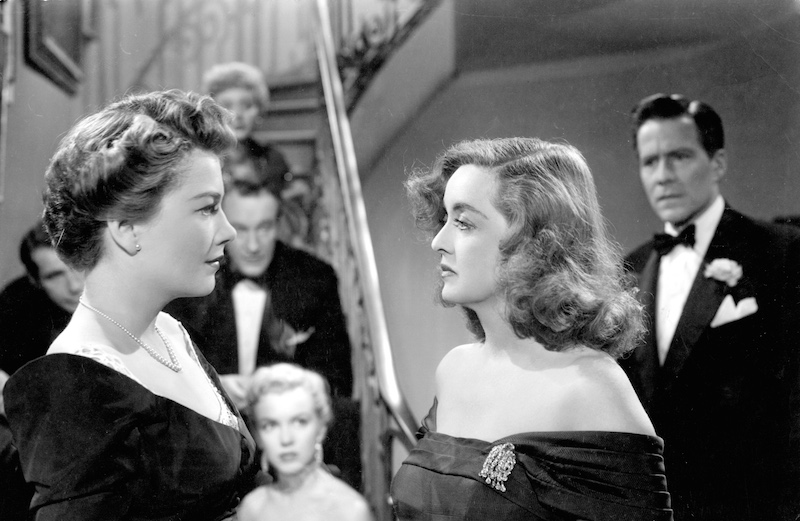 In one of those stories that seems inspired by a backstage musical, Colbert injured herself badly on the set of the film she was finishing up. Soon enough, Fox Studio head Daryl Zanuck was on the phone to Bette Davis, who grabbed the role as if what remained of her career depended on it. In fact, it did.

Baxter stayed on, turning in one of her best, and certainly best remembered, performances. At Oscar time, both she and Davis were nominated for Best Actress, though it was suggested that Anne should compete in the Supporting Actress category.

This would give her a better chance of winning and avoid potentially splitting the vote between her and Davis. Anne rashly declined and that prediction came true: the vote was indeed split, and Judy Holliday won the prize for “Born Yesterday.” 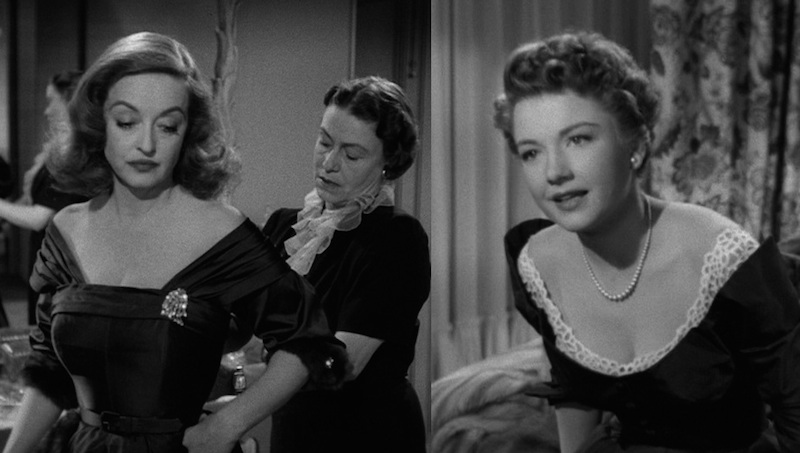 Though Anne Baxter was just 27 when all this happened, she was already a seasoned player in show business. She’d seen Helen Hayes perform on Broadway when she just ten and resolved then and there to become an actress.

She could afford to take this somewhat risky path, having grown up in relative affluence. Her father was a successful sales executive at Seagram’s, her mother the daughter of preeminent architect Frank Lloyd Wright.

Driven and precociously talented, Anne made her Broadway debut at 13. Three years later, after an initial attempt to break into film had failed, Anne was cast to play Katharine Hepburn’s kid sister in the original Broadway production of “The Philadelphia Story.” However, Kate soon decided she was wrong for the part, and Anne was let go while the play was still in tryouts.

Undeterred, the plucky young actress resolved to give the movies another try, and this time she fared better, signing a seven-year contract with Fox. Right off the bat, she was in contention for the part of Mrs. de Winter in “Rebecca” (1940), Alfred Hitchcock’s first American production. 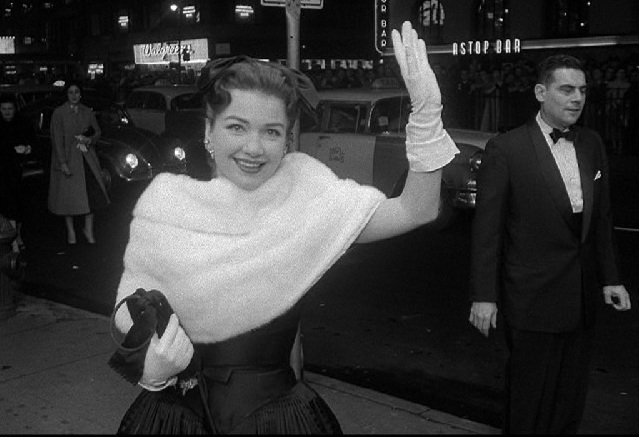 Hitch ultimately decided that at 17, Baxter was simply too young for the role and cast Joan Fontaine instead. (Still, he would tap her a dozen years later for one of his lesser efforts, 1953’s “I Confess.”)

At 19, Anne appeared in wunderkind Orson Welles’s second film, “The Magnificent Ambersons” (1942). The following year, she was cast as a comely French maid in Billy Wilder’s wartime thriller, “Five Graves to Cairo” (1943).

Her juiciest role came in 1946, with Anne scoring as a doomed alcoholic opposite Tyrone Power and Gene Tierney in “The Razor’s Edge,” based on the Somerset Maugham novel. A big hit for Fox, the film was nominated for four Oscars, including Best Picture. Only Baxter won, for Best Supporting Actress.

By this time, Anne had married John Hodiak (“Lifeboat,” “Command Decision”), the first of her three husbands. They’d have a daughter, Katrina, before divorcing in 1953. 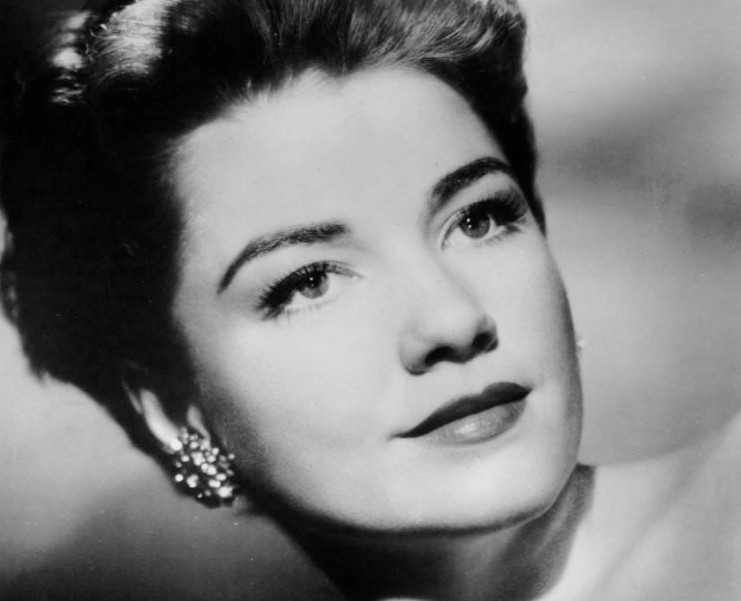 In 1956, legendary director Cecil B. DeMille cast her as Queen Nefertiti in his over-the-top biblical epic, “The Ten Commandments.” Years later, she recalled the experience of working on this film: “The soundstage sets were magnificent. It was all corny, sure, but DeMille knew it was corny—that's what he wanted, what he loved. I loved slinking around—really, this was silent film acting, but with dialogue."

Several years later, Anne met her second husband Randolph Galt while shooting a film in Australia. They married, and Anne moved with Katrina to his remote ranch in the Outback, where eventually she gave birth to two more daughters, Melissa and Maginal. After a quarter century of tirelessly building her career, she’d earned a brief hiatus. Later she’d pen a memoir about this period in her life called “Intermission.”

As of the mid-sixties, Anne was back in the thick of things, working steadily on stage and in television. She had a ball playing two different villains on seven episodes of the campy “Batman” series. In 1969, she was Emmy-nominated for her role in the popular TV drama, “The Name of the Game.” That same year, she divorced Galt.

Then, unexpectedly, “All About Eve” re-entered her life in 1971. Her most acclaimed film had been adapted into a stage musical called “Applause.” Replacing Lauren Bacall, this time out Anne would play Margo Channing. 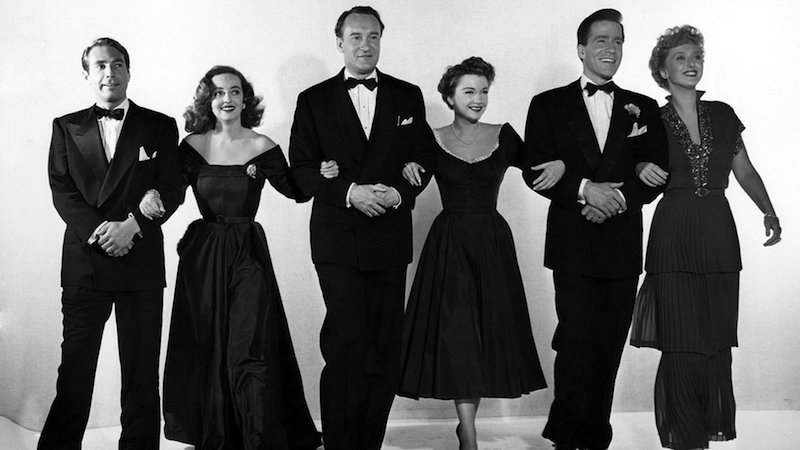 After this run, she returned to more TV work. Having married successful stockbroker David Klee in 1977, the couple started building an estate in Easton, Connecticut. Sadly, Klee died suddenly less than nine months after their wedding, but Baxter would make Connecticut her base going forward.

In 1983, she took over for Bette Davis in the popular series “Hotel” when her old “Eve” co-star was sidelined by illness. Two years later, while hailing a cab in New York City, Anne suffered a brain aneurysm. After eight days in intensive care, her family took her off life support. She was just 62.

In the end, unlike “Eve,” Anne Baxter really didn’t care that much about being a star. She once said: “I'm an actress, not a personality. It's more successful to be a personality. But can you use it in every role? I don't spill over into everything I do. I do what I do from inside someone else's skin.” 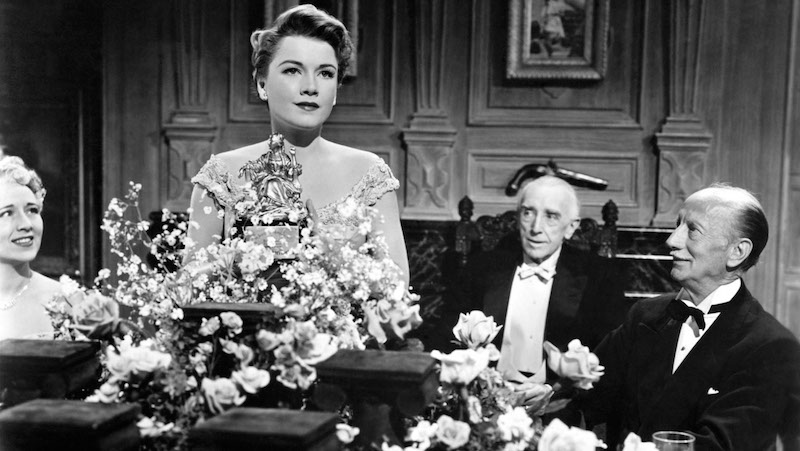 And she did what she did very well indeed.