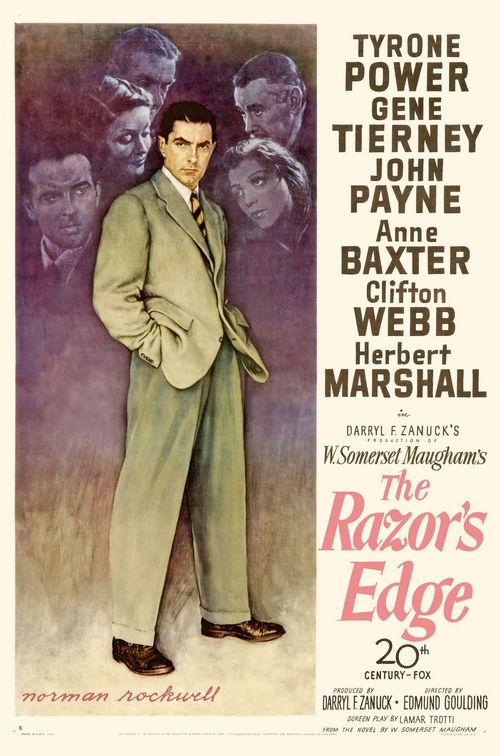 Disillusioned by his experiences as a World War I pilot, Larry Darrell (Power) returns to Chicago skeptical of American values and fixated on discovering the true meaning of life. This doesn't play well with his fiancée, Isabel (Tierney), a society doyenne, who'd like Larry to be more practical and stay put. So Darrell must embark alone on a spiritual quest that takes him first to Paris, then Nepal. Years later, fate decrees that the former lovers meet again.

You can't be faulted for balking at the misbegotten 1984 adaptation of this Somerset Maugham novel starring Bill Murray, but don't pass on Goulding's original — it's a gem. Shepherded to the big screen by Fox's Darryl F. Zanuck, "Edge" is the story of a personal odyssey that catches up to its cast of characters ten years on, finding them much changed. Apart from Power's unusually affecting performance as a war vet who finds solace with a Hindu mystic, the film's cast includes Clifton Webb and Oscar winner Anne Baxter in a blowout performance as Darrell's blowzy, alcoholic wife. "Edge" is a poignant, finely wrought exercise in soul-searching.