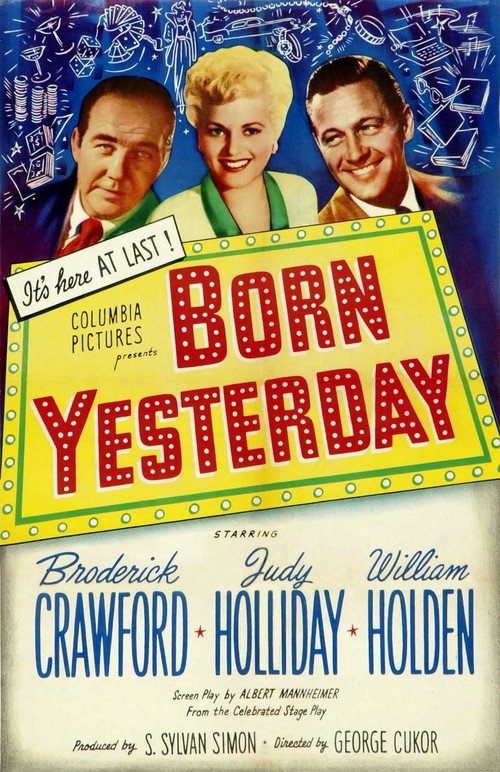 In this fun, snappy comedy, rough-hewn Crawford (fresh from his Oscar win in "All The King's Men") plays Harry Brock, a successful junk-dealer who wants to imbue his longtime "fiance" Billie Dawn (Holliday) with "cul-cha" so he can peddle influence with his Washington connections. He hires smooth elocution instructor Paul Verrall (Holden) to educate her, but ditzy Billie, the quintessential dumb blonde, is much smarter than she seems.

New York-born comedienne Holliday had her first real film break the prior year as the wronged wife in the Tracy/Hepburn comedy "Adam's Rib" (1949), and her solid supporting turn helped her clinch the role of Billie, a role she'd done on Broadway. With its witty screenplay and "Pygmalion"-like story, the result was pure gold, netting Holliday the Best Actress Oscar for 1950, and jump-starting her film career in earnest. Broderick is wonderfully crude as her pre-occupied husband; Holden performs the unheralded job of straight man with finesse; and Judy is just fantastic. This is one smoothly paced comedy from master George Cukor.

Born on the Fourth of July