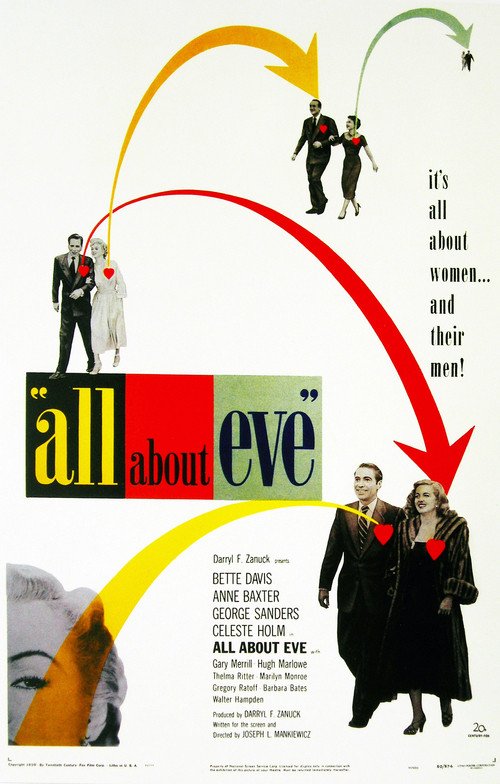 Aging stage actress Margo Channing (Davis), wise in the ways of fame and the theatre, still finds herself blindsided by an adoring fan named Eve Harrington (Baxter). Eve enters Margo's orbit as awed acolyte, then slowly usurps everything Margo has in one subtle, masterful act of manipulation. Eve is the wolf in sheep's clothing, a comer with just enough talent and cunning to penetrate Margo's inner circle, including husband Bill (Merrill) and best friend Karen (Holm). Will Eve eventually get her comeuppance, or rise to stardom unscathed?

In this film, Joseph L. Mankiewicz's peak as writer/director, fading star Davis gives perhaps the best performance of her career, and young Baxter is also superb as the deceitful, driven starlet. Still, it's George Sanders who almost steals the picture as jaded critic Addison De Witt — he deservedly won an Oscar for this. (On his arm in a couple of scenes is Marilyn Monroe, in a minor but memorable bit as an aspiring actress). Don't miss this sharp, caustic take on the theatre world and the wide assortment of parasites, barracudas, and hangers-on that populate it.

All About Lily Chou-Chou