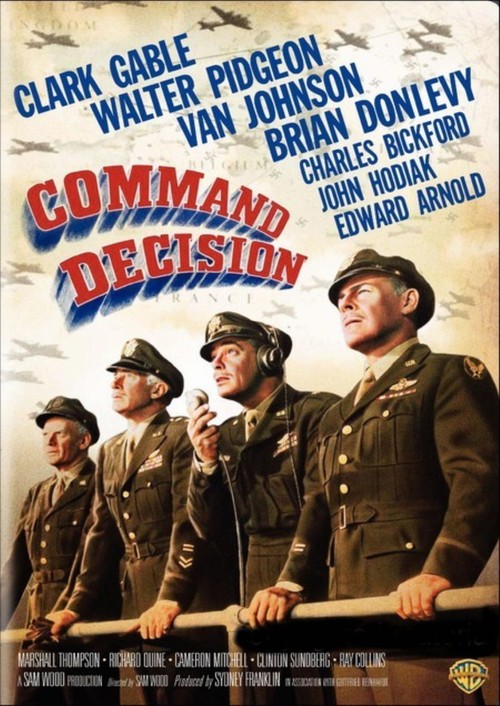 During the Second World War, Air Force Brigadier General Casey Dennis (Gable) decides to take advantage of fair weather by sending maximum sorties to decimate German factories where, unbeknownst to his airmen, a new, devastatingly superior jet is being manufactured. But after two days of extremely heavy losses, Dennis faces intense pressure from his senior officer, Major General Roland Kane (Pidgeon), and image-conscious Congressmen, to pick easier targets – or be out of a job.

Based on William Wister Haines's Broadway hit, this impeccably acted drama focuses on the politicking and senior-decision-making behind managing a war – as well as homeland morale. Gable is superb as the tough-minded general who must defend his top-secret, suicidal Operation Stitch to reluctant pilots and officers alike, while co-stars Pidgeon and Brian Donlevy shine as the supposedly more sensible generals. Charles Bickford has a nice turn, too, as an army reporter who thinks the privately aggrieved Dennis is a glory-hunting butcher. Also watch for Edward Arnold as a Capitol Hill bigwig. Obey our "Command" – see this smart, gripping war film.