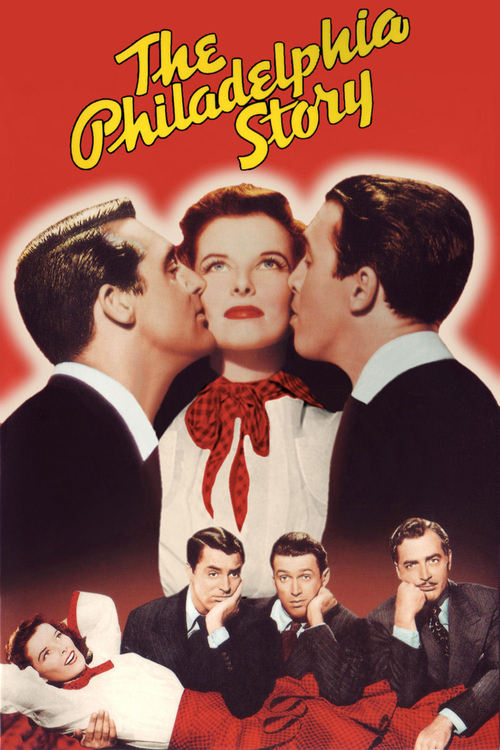 Haughty Philadelphia socialite Tracy Lord (Hepburn) is engaged to marry self-made, upstanding George Kittredge (Howard) after divorcing her wealthy, careless first spouse, C.K. Dexter-Haven (Grant). C.K shows up for the event with no hard feelings, along with society reporter (and frustrated novelist) Macaulay "Mike" Connor (Stewart) and photographer Liz Imbrie (Hussey). What transpires next is a peerless comedy of errors, where, thankfully, everything comes out right in the end.

George Cukor's pitch-perfect adaptation of Philip Barry's hit play marked a triumphant Hollywood comeback for Kate (having earlier been labeled box-office poison by exhibitors), and an Oscar-winning vehicle for up-and-coming star James Stewart, wonderful as a fish out of water in high society. Though overlooked by the Academy, Grant is every bit as good as the raffish C.K., while Hepburn shines in what may be her signature role. Don't miss Roland Young's hilarious turn as naughty Uncle Willie. Sly and sophisticated, this title stands as one of our finest screen comedies.