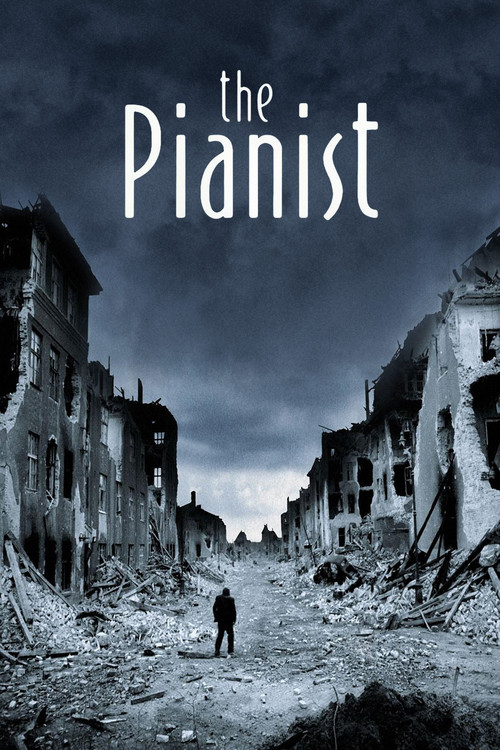 When the Nazis occupy Warsaw, gifted classical pianist Wladyslaw Szpilman (Brody) feels his privileged world begin to constrict. Escaping the fate of his family, who are deported to a concentration camp, Szpilman hides out in an apartment maintained by a sympathetic friend, who then disappears. Increasingly desperate, he hides out in one empty flat after another, determined to elude capture as the city crumbles around him.

Motivated by his own first-hand experience as a Polish Jew who survived Hitler's genocidal putsch, Polanski transforms the real-life Szpilman's memoirs into a riveting and harrowing story about a man who persevered in the most extreme of conditions, battling fear, starvation, and the omnipresence of Nazi soldiers in whose midst he boldly hid. Thomas Kretschmann plays a Nazi officer partial to classical music; his chilling interlude with Brody ("Play something") is an indelible scene from the annals of Holocaust filmmaking. This is Polanski's finest effort in a decade, and Best Actor winner Brody delivers a world-class performance.