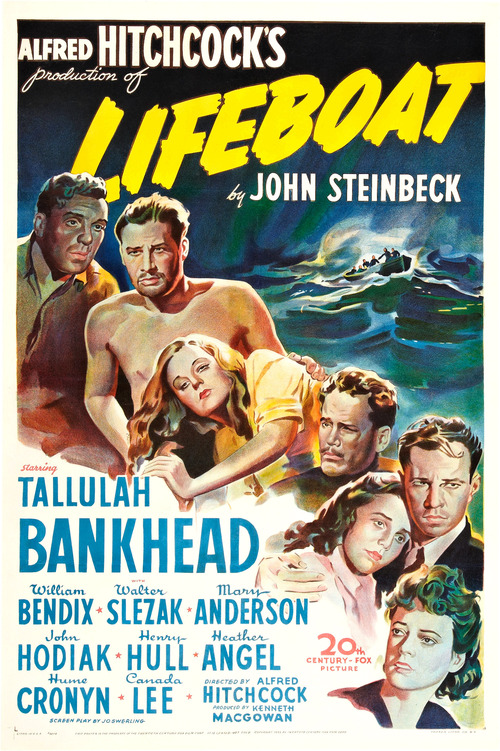 In the Second World War, an American vessel carrying civilians is sunk by a German U-boat, but not before the U-Boat is destroyed by return fire. An unlikely group of survivors end up in a single lifeboat, including war correspondent Connie Porter (Bankhead), engine room mate John Kovac (Hodiak), business tycoon Charles "Ritt" Rittenhouse (Hull), and sailors Stanley "Sparks" Garrett (Cronyn) and Gus Smith (Bendix). Most intriguing, however, is the presence of a refugee from the U-boat named Willy (Slezak), who speaks no English and inspires heated controversy. Will this colorful group survive until they're rescued, or kill each other off while waiting?

"Lifeboat" delivers an intense, provocative take on human nature stretched to its breaking point, as the water-logged group is forced to confront a tricky question: When the Nazi who sunk your ship wants space in your lifeboat; do you play by the rules of the jungle, or the Geneva Convention? An ingenious, unusual entry in the Hitchcock oeuvre, just watch how the Master handles the challenge of doing his trademark cameo. Bendix and Bankhead (in a rare film role) stand out in a stellar ensemble cast.

Lightning in a Bottle