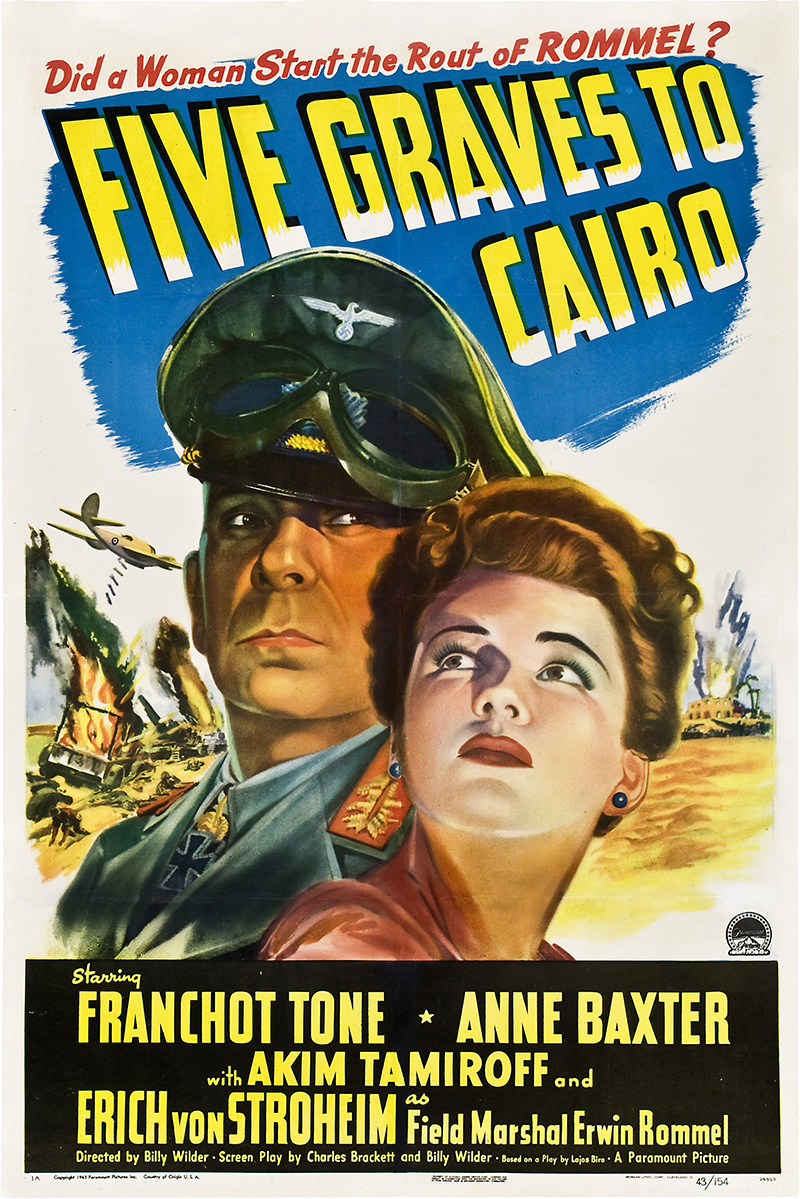 In June of 1942, British Corporal Bramble (Tone) survives a Saharan desert skirmish with the Germans. He takes refuge in a remote hotel with the help of owner Farid (Tamiroff) and French chambermaid Mouche (Baxter). When Field Marshal Rommel (von Stroheim) and his men commandeer the premises, Bramble poses as waiter Paul Davos, who in fact was just killed in an air-raid. Bramble soon discovers that Davos was a spy working for the Germans. Now privy to strategic information, he determines to stay undercover and aid the Allies in their fight to hold North Africa.

Wilder’s third film transposes Lajos Biro’s play to the backdrop of Africa and the lead-up to the Second Battle of El Alamein, and to boost authenticity, features actual war footage. Despite being American, Tone captures the spirit of British wartime heroics as the dashing and ingenious Bramble. Baxter is credible as a Parisian maid willing to do anything to save her brother’s life. But the film truly belongs to former silent screen actor/director Von Stroheim, whose mere physical presence adds chills, even when the camera shows only the back of his neck. This Oscar-nominated espionage thriller is classic Wilder, but hasn’t achieved the same recognition as his later work. “Graves” merits a wider audience.