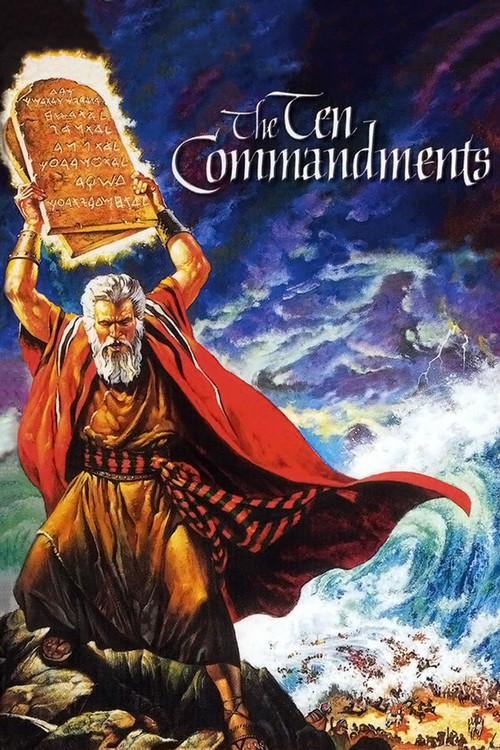 In this lavish recounting of the Biblical story of Exodus, well-loved Egyptian prince Moses (Heston) is banished to the desert by Rameses II (Brynner) after the pharaoh learns that he is actually the firstborn son of enslaved Hebrews, who prophecy says will raise a rival leader. During his exile, God appears to Moses in the form of a burning bush, and informs him of his true destiny: to lead the Hebrew people to the Promised Land.

Remaking a tale he had previously filmed in 1923, DeMille achieved a career high point with this humongous, star-studded epic (sadly to be his last production). Certain sequences — the parting of the Red Sea, the climb up Mt. Sinai to receive the stone tablets, the orgiastic worship of the golden calf — are some of the most indelible and majestic in film history. Anne Baxter, Edward G. Robinson, and Yvonne De Carlo provide excellent support to Heston, who delightfully chews on the role of the hoary, self-righteous prophet, especially in his confrontation with Brynner's feckless Rameses. Only DeMille could make a Bible epic this visually robust and brashly entertaining.