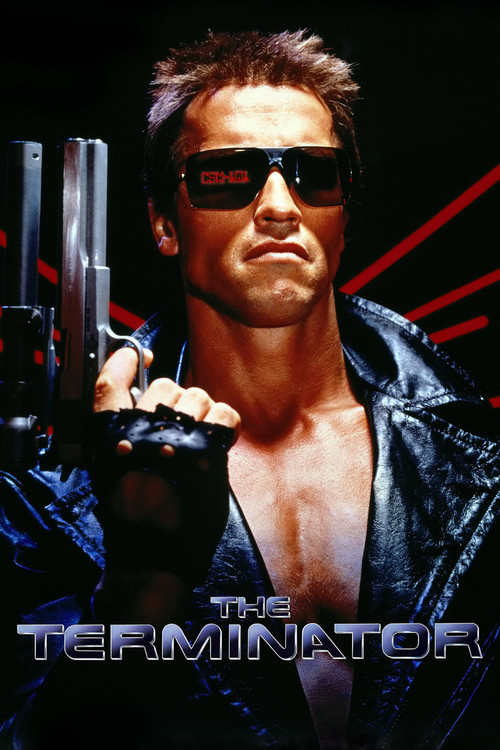 Sent from the post-apocalyptic world of 2029 to obliterate Sarah Connor (Hamilton), the mother of a future rebel leader, a scarily indestructible Terminator cyborg (Schwarzenegger) materializes in 1984 and begins exterminating Los Angeles women with that name. Kyle Reese (Michael Biehn), a soldier sent by the beleaguered rebels to protect Sarah, tries to find the unwitting target before the Terminator does. But first he has to convince her he's not a madman.

Long before Arnold had a gubernatorial gleam in his eye, he starred as a hulking, monotone killing machine in this electrifying sci-fi action thriller by "Titanic" director Cameron. Popping off some of the most famous one-liners in film history ("Hasta la vista, baby!"), Schwarzenegger is both frightening and funny, even as he brutally destroys anyone who interferes with his mission. Hamilton and Biehn handle their roles splendidly too, with credible intensity, fear, and against-all-odds resolve. Full of dazzling special effects and far better than its buffed-up sequels, "The Terminator" is a hellish, suspense-fueled fun ride into the future.

The Testament of Dr. Mabuse