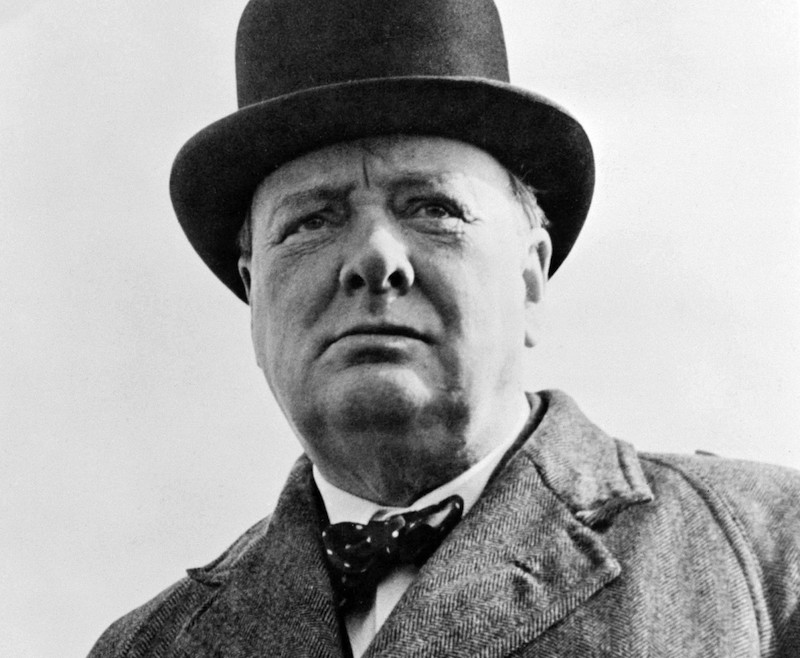 On that day, they honored a man who could write volumes of scholarly tomes, give country-rallying speeches, and take a nation to war, all while consuming enough brandy and cigars to make Dean Martin or Fidel Castro keel over.

Seemingly more machine than man, Churchill lived to see his 90th birthday, smoking and tippling pretty much the whole way, getting by on the occasional cat nap.

Though we tend to think of him as the English Bulldog, stoic and stalwart in the face of the Nazi scourge, Sir Winston’s life was characterized by a series of dramatic ups and downs – both in moods (he called his bouts of depression “the black dog”) and fortunes.

His “downs” include presiding over the disastrous Battle Of Gallipoli during the First World War, and a decade later, overseeing the return to the Gold Standard, which quickly devastated Britain’s economy. 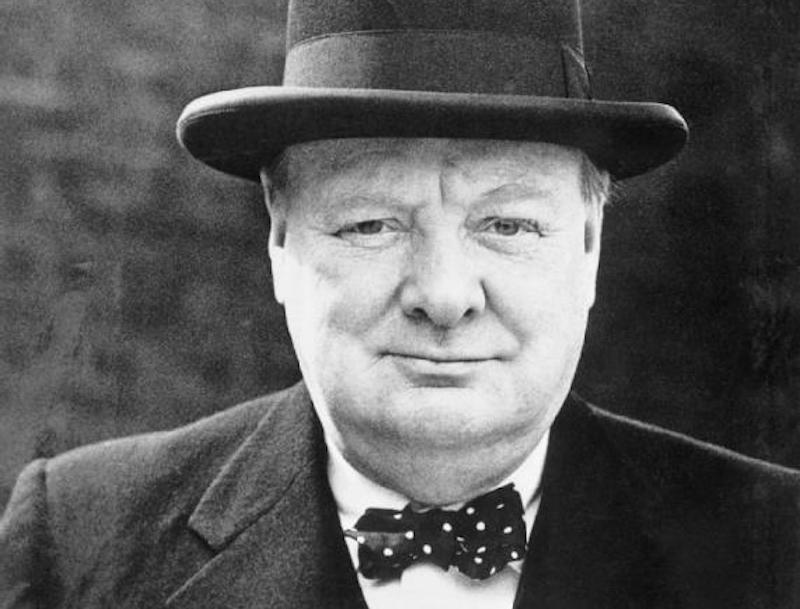 By 1929, his Conservative Party was out of power, and, at 55 years, his political career was dead in the water. It was during this period (what he termed his “wilderness” years) that he spent time writing and painting. But he also spoke out against the dangers of Fascism in the ‘30s, warnings the isolationists in power chose to ignore or shout down in Parliament when he rose to speak on the issue.

When all his predictions were borne out and Britain found itself at war with Germany, Winston emerged from the wilderness to lead his country in its most desperate battle for survival. Leadership also provided an extraordinarily large platform from which to amplify his famous razor-sharp wit, which he aimed mostly at England’s crusty aristocrats. For example:

Churchill: “Madam, you’re ugly. In the morning, I shall be sober.”

Through it all, what sustained him (beyond the champagne, brandy, and cigars) was his marriage to Clementine Churchill. Married in 1908, they were completely devoted to each other, though their seemingly steadfast union was strained during Churchill’s dark years.

This rarely glimpsed time in Churchill’s life is recreated in the best narrative film made about the man: 2002’s “The Gathering Storm,” starring Albert Finney and Vanessa Redgrave. Both these acting giants ace their roles in this HBO outing. Finney won both a Golden Globe and an Emmy, while Redgrave and co-star Jim Broadbent were nominated for both.

On his birthday, brush up on your Churchill, and watch this outstanding chronicle of a great man in a troubled time.