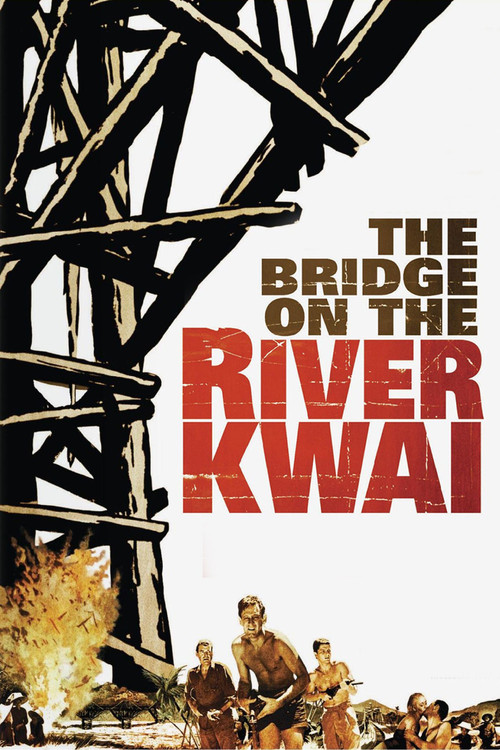 The Bridge on the River Kwai

Colonel Nicholson (Guinness), a spit-and-polish British officer, endures a humiliating confinement in a Japanese prisoner of war camp during the Second World War, and is forced to lead the building of a bridge for the movement of Japanese materiel, a task that slowly begins to consume him, blurring his sense of allegiance. All the while we watch the relationship between him and the formal but civilized camp commandant (Hayakawa) evolve from outright hostility to something close to mutual respect. Ultimately, an American officer (Holden) who knew Nicholson in the camp but has since escaped, is assigned to return and blow up the bridge.

Based on a true story, this riveting war film, shot in Sri Lanka, represented a new career peak for director David Lean, who’d go on to shoot the monumental “Lawrence Of Arabia.” Top-notch acting (Guinness won an Oscar after initially turning down the role), authentic atmosphere and a brilliant script add up to grand adventure and powerful human drama. The whole ensemble cast is superb, notably Holden, Hayakawa, and the late, great Jack Hawkins.

The Bridges at Toko-Ri