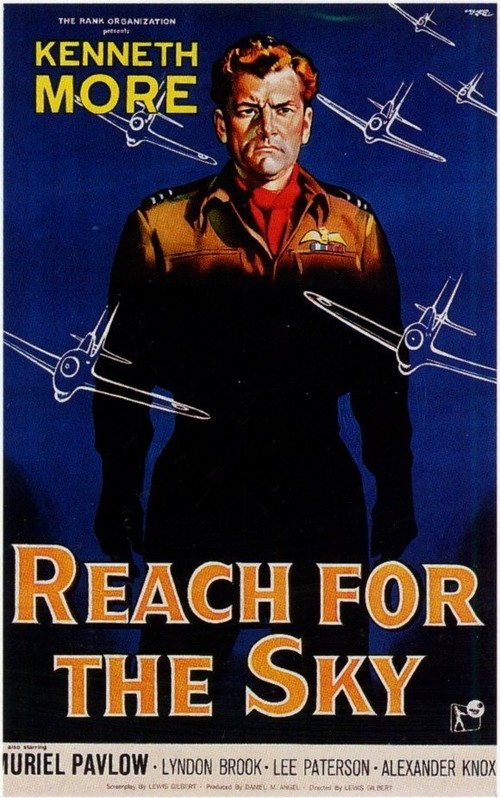 Reach for the Sky

Douglas Bader (More) is an ambitious British airman just beginning a career with the RAF when he crashes and nearly kills himself after performing tricky low-flying aeronautics. He survives but loses both legs. Outfitted with prosthetic limbs, Bader undergoes the torturous process of regaining his mobility. Though his military contacts assure him he will never man an aircraft again, Bader becomes determined to prove himself worthy to fly once more, particularly when the spectre of Nazism falls over Europe.

An heroic, fact-based film about courage in war and one man's indomitable spirit, "Reach" is an inspirational, indeed awe-inspiring work, briskly directed by the capable Gilbert. More is the whole show here, and he really delivers: his Bader is by turns charming, mischievous, grimly determined, and above all, stubborn. It's no surprise this won the BAFTA (British Oscars) award for the best film of 1956, along with an acting nod for More. When you're in the mood for something truly uplifting, why not "Reach for the Sky"?