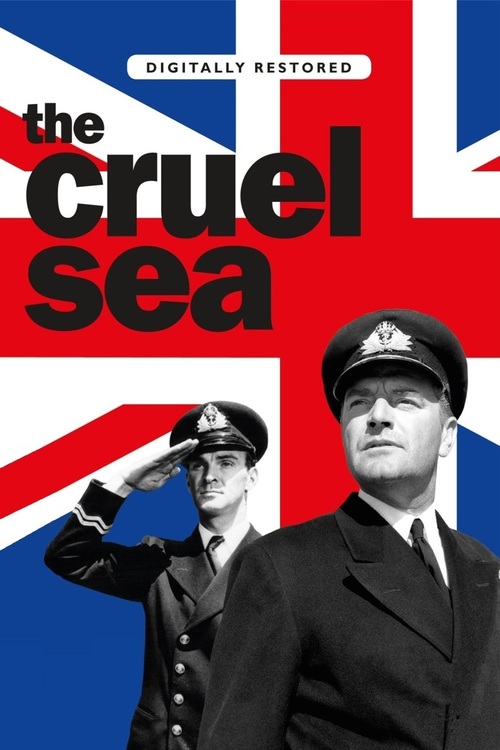 In the Royal Navy's merchant fleet during World War Two's crucial Battle of the North Atlantic, the relatively seasoned Captain Ericson (Hawkins) takes command of a convoy escort vessel dubbed "Compass Rose." The rest of his crew is less than ideal, with a largely incompetent first lieutenant (Baker) holding a large chip on his shoulder, bullying green cadets Lockhart and Ferraby (Sinden and Stratton). Ericsson's charge is both challenging and thankless: to transform his men into a solid, working (and fighting) team, while avoiding the German U-Boats constantly on the look-out for their ship.

With a literate, nuanced script by the gifted Eric Ambler, this taut, tight little war film is distinguished by the stunning work of Hawkins as world-weary (and war-weary) Ericson, patiently but firmly coalescing an inexperienced, fractionated group of young men into a proficient crew. Hawkins is buoyed by solid support from Baker (thoroughly detestable here), as well as fine work by actors Sinden and Stratton. Also look for Denholm Elliott, Alec McCowen and a lovely Virginia McKenna in smaller roles.