Given all she accomplished, it’s astonishing that Thelma Ritter only broke through on the big screen when she was pushing fifty.

She would make up for lost time by being nominated for six Supporting Actress Oscars over a period of 12 years. She also won a Tony and was Emmy-nominated. Not bad for a late bloomer.


For those who may be blanking on her, Ritter was the salty, diminutive character actress best known for playing a series of maids, nurses, and other working class characters in some of our finest movies from the fifties and early sixties.


What set her apart was her acerbic wit and her total authenticity. She was always a three-dimensional human being on-screen — one you were instinctively drawn to. Most always she had the common sense her employers lacked.  And you loved her for it.

Born into a middle-class family in Brooklyn in 1902, Thelma first discovered her aptitude for acting while attending school in Forest Hills, Queens. She went on to study at the American Academy of Dramatic Arts, after which she worked in a series of stock companies.


She met fellow actor Joseph Moran around this time, and they married in 1927. The depression brought lean times, and Joe help support the family by entering and winning a series of contests, usually ones that involved writing clever rhymes or jingles.


While his wife continued doing stage roles and occasional radio jobs, Joe decided he should make a steadier living from his way with words, and promptly went into advertising. He’d end up as a vice president of Young and Rubicam Advertising. Meanwhile, Thelma took time out to have two children, Joseph, Jr. and Monica, then went back to work. 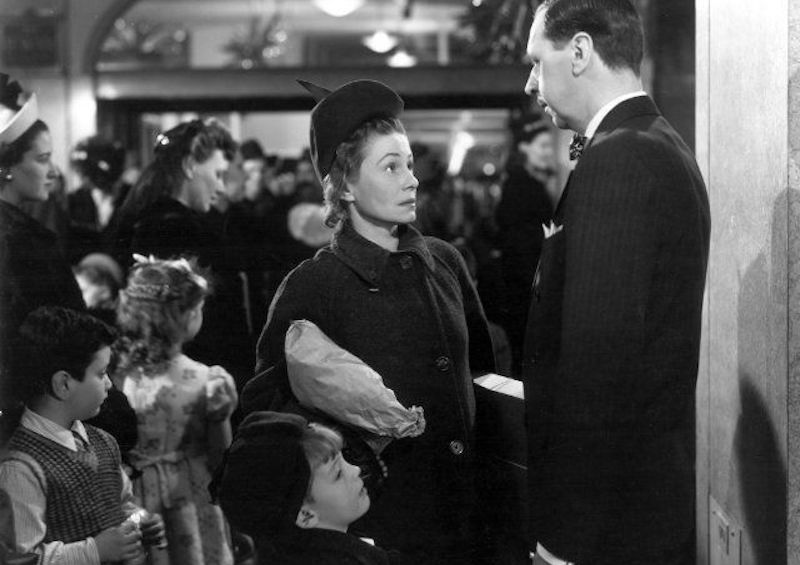 In 1947, Ritter’s life would change forever. She was asked to audition for a small bit in George Seaton’s “Miracle on 34th Street,” and won it. You see her briefly in this uncredited role playing a mother desperate to get her son the present he wants in time for Christmas, and her talent jumps right off the screen.


Fox production head Daryl Zanuck certainly noticed and ordered her part built up. Right after “Miracle,” she had two more uncredited roles, playing a secretary in “Call Northside 777” (1948) and a domestic in “A Letter to Three Wives” (1949), directed by Joseph L. Mankiewicz.

Mankiewicz was so impressed by her performance in the latter film (and likely guilty about not giving her a credit) that he wrote a character just for her in his follow-up film, “All About Eve” (1950). Ritter is unforgettable as Birdie, maid and dresser to formidable but fading Broadway star Margo Channing (Bette Davis). She would earn her first Oscar nod for this, and no wonder — she steals every scene she’s in. 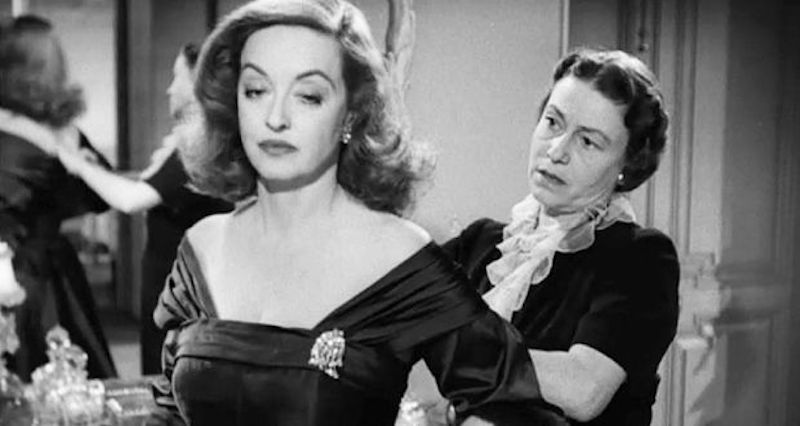 Birdie is significant to the plot since she’s the only one unafraid to tell Margo the truth about aspiring actress Eve Harrington (Anne Baxter), whom she instinctively distrusts. Though a servant, she turns out to be the smartest person in the room.


Henceforth, she often was. Whether portraying James Stewart’s nurse in “Rear Window” (1954) or Doris Day’s housekeeper in “Pillow Talk” (1959), Thelma always offers an unvarnished, no nonsense perspective. Not surprisingly, she gets a lot of the best lines, and her slightly weary, deadpan delivery wins us over every time.

Even as film work flowed in after “Eve,” Ritter refused to “go Hollywood.” One practical issue was that as a native New Yorker, she had never learned to drive. Beyond that, it was simply not her style. 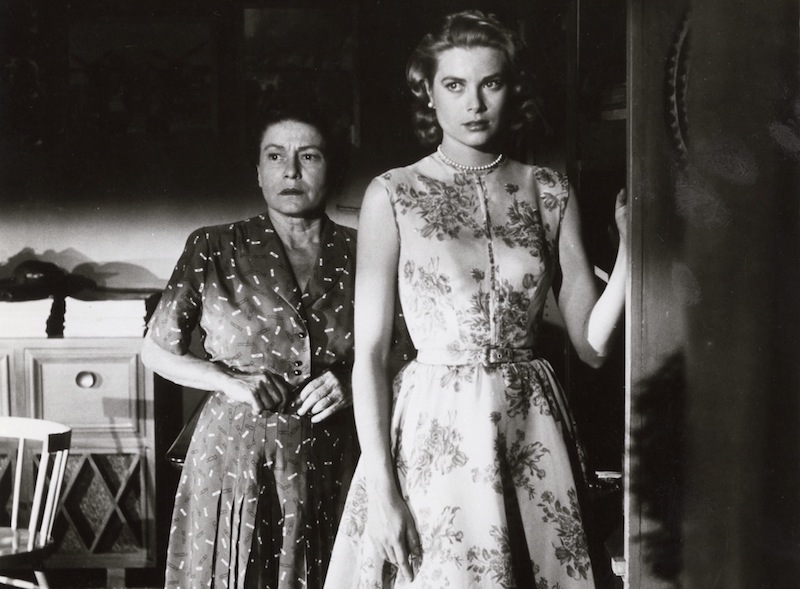 When not on set or on location, she lived a normal life with Joe and the kids in Forest Hills, attending church every Sunday. By all accounts, she was as down-to-earth off-screen as on, and perhaps a bit gentler.


Alas, she left us way too soon. Ritter died suddenly of a heart attack in early 1969, less than two weeks shy of her 67th birthday. Her husband Joe would join her just four years later.


Thelma Ritter achieved fame relatively late in life, and never let it turn her head. She lent humor, pathos, and yes, even a certain dignity, to all her characters.  You always believed her, and felt you knew her...the mark of a great actress.


Below we’ve captured just a few of her best moments on film — just a small sample of wit and wisdom from our beloved Thelma Ritter.

A Letter to Three Wives (1949), with Thelma Ritter as Sadie 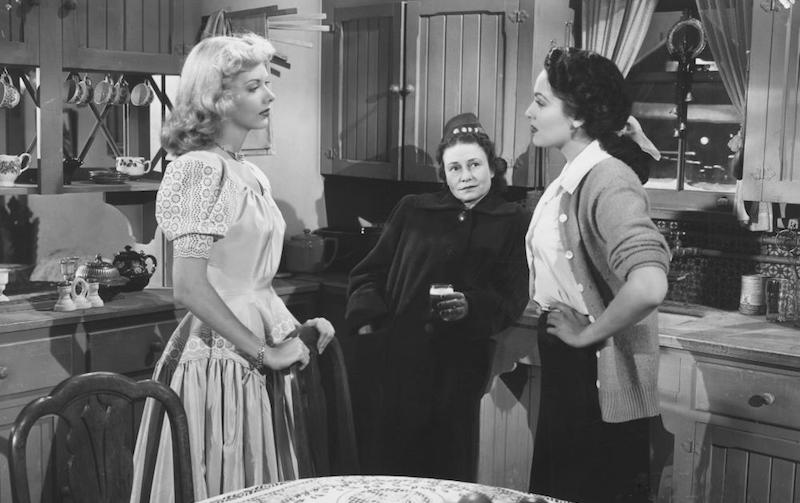 Mrs. Finney: Can't we have peace in this house even on New Year's Eve?

Sadie: You got it mixed up with Christmas. New Year's Eve is when people go back to killing each other.

Sadie (after being asked to wear a maid’s uniform while serving dinner): The cap's out. Makes me look like a lamb chop with pants on.

All About Eve (1950), with Thelma Ritter as Birdie 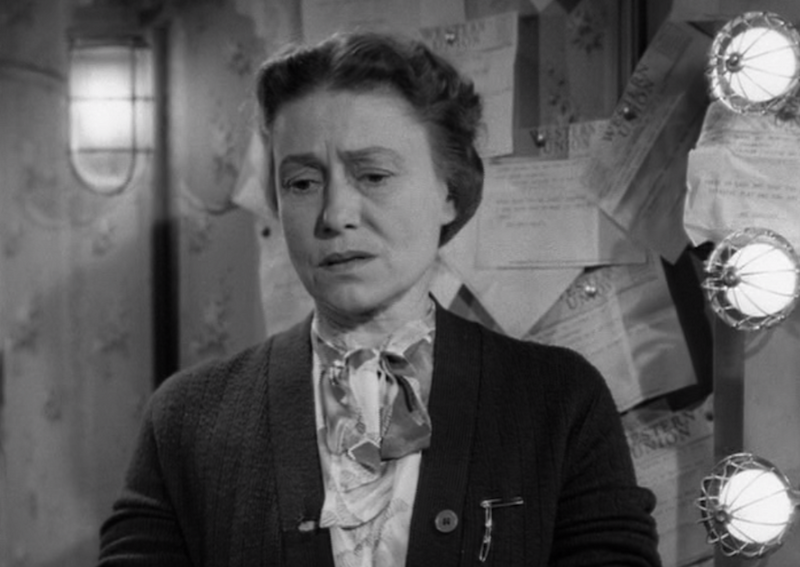 Margo: You bought the new girdles a size smaller, I can feel it.

Margo: When we get home you're going to get into one of those girdles and act for two and a half hours.

Birdie: I couldn't get into the girdle in two and a half hours.

Birdie: You looking for an answer or an argument?

Birdie: Now you want an argument.

Birdie (Reacting to Eve Harrington’s tale of woe): What a story! Everything but the bloodhounds snappin' at her rear end.

Pick Up on South Street (1953), with Thelma Ritter as Moe Williams 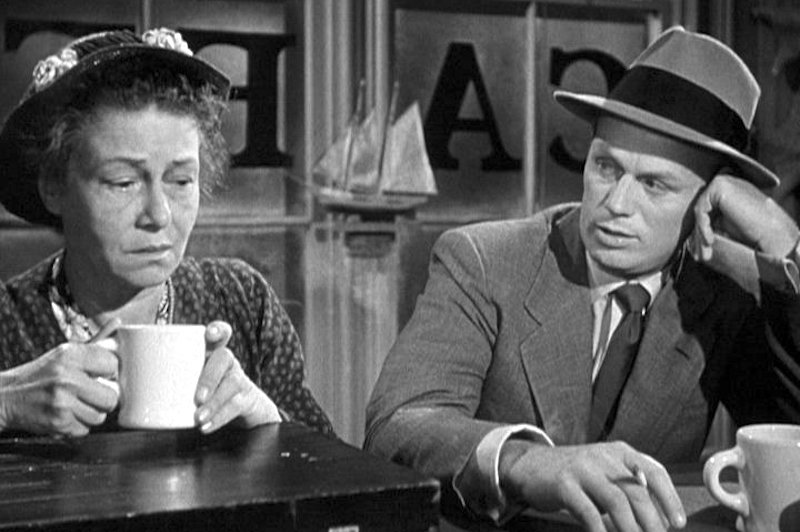 Candy: You've been recommended as the best pickpocket stoolie in the business.

Moe Williams: What kind of talk is that, calling me a stoolie? I was brought up to report any injustice to the police authority. I call that being a solid citizen.

Candy: But you get paid for it.

Moe Williams: You gonna knock it?

Moe Williams: You got any Happy Money?

Moe Williams: Ask a silly question, you get a dopey look. 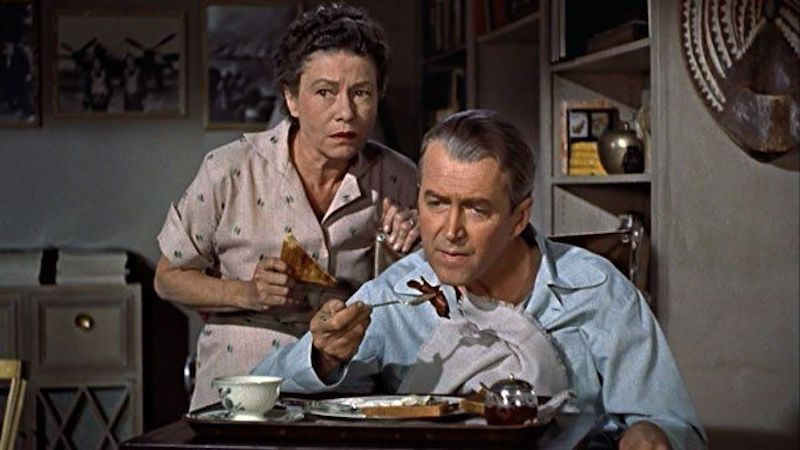 Stella: We've become a race of Peeping Toms. What people ought to do is get outside their own house and look in for a change. Yes sir. How's that for a bit of homespun philosophy?

Stella: Well, I only quote from the best.

Jeff: I just can't figure it. He went out several times last night in the rain carrying his sample case.

Jeff: Well, what would he be selling at three o'clock in the morning?

Stella: You heard of that market crash in '29? I predicted that.

Jeff: Oh, just how did you do that, Stella?

Stella: Oh, simple. I was nursing a director of General Motors. Kidney ailment, they said. Nerves, I said. And I asked myself, "What's General Motors got to be nervous about?" Overproduction, I says; collapse. When General Motors has to go to the bathroom ten times a day, the whole country's ready to let go.

Stella: How much do we need to bail Lisa from jail?

Jeff: And what about the rest?

Stella: When those cops at the station see Lisa, they'll even contribute. 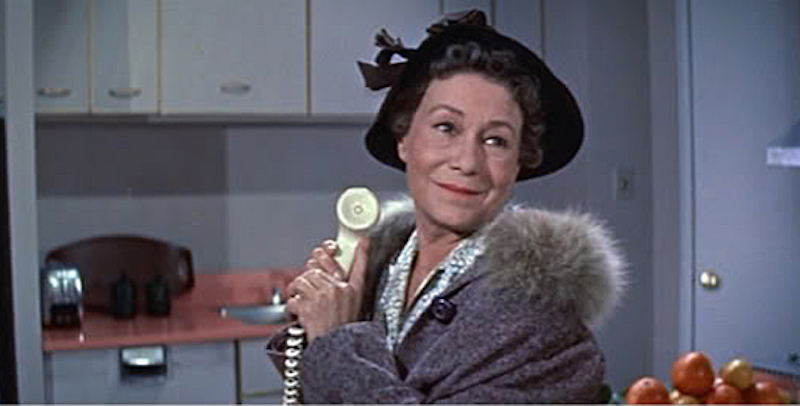 Jan: Were you listening in again? […on the phone extension as Doris Day’s character, Jan, argues with Brad Allen, played by Rock Hudson.]

Jan: Alma, have you no shame?

Alma: No, ma'am, he's brightened up many-a-dreary afternoon, for me.

Jan: What did he say that makes such "good sense"?

Alma: [quoting Brad] "If there's anything worse than a woman living alone, it's a woman saying she likes it."

[Alma makes a face of disbelief]

Jan: I have a good job, a lovely apartment, I go out with very nice men to the best places; the theatre, finest restaurants...

Jan: What am I missing?

Alma: [chuckling] When you have to ask, believe me, you're missin' it.

Jan: What's a girl supposed to do? Go out on the street, and ask the first man she meets to come home with her?

More:  20 of Our Funniest Actors and the Funniest Things They've Said

Why "The Umbrellas of Cherbourg" Is

Always Worth Opening, Even on Sunny Days