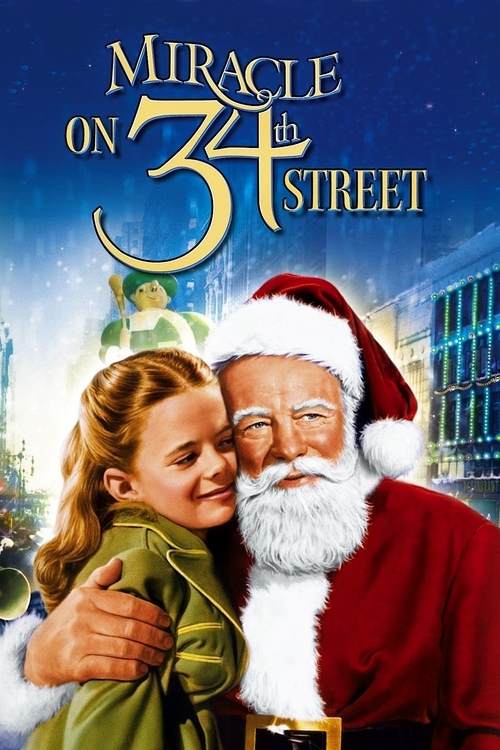 After hiring good-natured, bewhiskered Kris Kringle (Gwenn) to be the Macy's department-store Santa when the regular Saint Nick shows up stinking drunk, manager Doris Walker (O'Hara) begins to doubt she's made the right decision: Kringle may look the part, but he also believes himself to be the actual Santa Claus, a fact that does not go unnoticed by the store's shrink or Doris's skeptical daughter (Wood, in her best-remembered child role). Before long, Kringle is forced to endure a competency hearing, but he has a winning lawyer in Fred Gailey (Payne).

Was there ever a better big-screen Santa than Oscar-winner Edmund Gwenn? This timeless Christmas fable about an elderly retiree who sets New York a-twitter with his claim to be the sleigh-riding patron saint of the North Pole captures the spirit of the season like few other holiday films. Young Natalie Wood is delightful as the disbelieving girl who, hewing to her mother's urban sophisticate views, thinks the notion of elves and Saint Nick is preposterous. Repeat viewings won't diminish the charming allure or the endearing message of "Miracle."