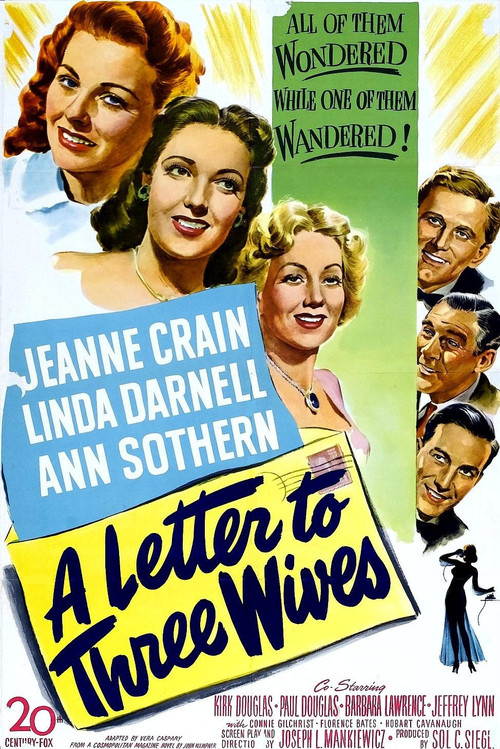 A Letter to Three Wives

As three female friends (Crain, Darnell and Sothern) head off on a day-long boating excursion with a school group, each receives the same letter from town flirt Addie Ross claiming she has absconded with one of their husbands. Each woman then has the day to spend wondering if it's her man who's missing. Their individual musings take the form of revealing flashbacks into their interconnected lives.

The legendary Joe Mankiewcz received direction and screenplay Oscars for this sharp little gem, too often eclipsed by his admittedly masterful follow-up, "All About Eve." "Wives" uses a clever narrative device to explore the pettiness of small-town life and the foibles in three marriages, as the women react to the mysterious note by taking stock of their lives, each knowing one of them is in for a shock at day's end. Don't miss this intelligent, incisive romantic drama. Trivia note: that's Celeste Holm as the voice of Addie.

A Lion in the House