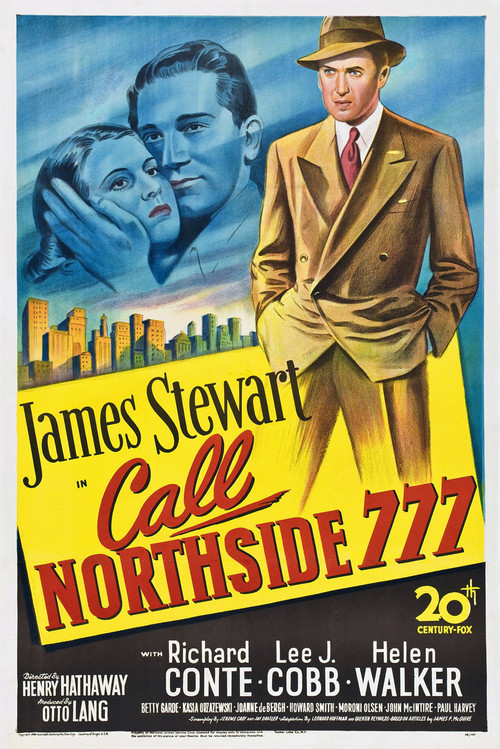 Assigned to interview a Polish washerwoman whose son Frank Wiecek (Conte) was imprisoned for killing a police officer over a decade earlier, skeptical Chicago Times newspaperman P.J. McNeal (Stewart) finds himself troubled by the facts in the case. Impressed when Wiecek passes a lie-detector test — and then stonewalled by the cops for seeking public records that could help free the inmate — McNeal is drawn ever deeper into a search for admissible evidence.

Based on a true story, "Northside" is a triumph of documentary realism and noir storytelling for director Hathaway and leading man Jimmy Stewart. Filmed on location and narrated in Movietone-newsreel style, this legal thriller keeps you on the edge of your seat with its detailed attention to such elements as the mechanics of a lie detector. (Even a prototypical fax machine plays an important role.) Stewart is absolutely first-rate as McNeal, and the tremendous supporting cast — especially Conte, Lee J. Cobb (as a cigar-chewing editor), and Betty Garde (as a harridan speakeasy owner) — lend "Northside" further grit and emotional weight. An engrossing urban fable, this is one "Call" worth making.