The Fascinating Life of Eddie Albert

But like many actors who star in a popular TV series, Albert became so closely identified with the role that it’s almost jarring to see him in a movie, or to realize he’d been one of Hollywood’s most reliable character actors.

In fact, there's an awful lot to Eddie Albert that many people simply don’t know, and his movie career was just one facet of his long, fascinating life.

Born in Rock Island, Illinois on April 22, 1906 as Edward Albert Heimberger, he made his movie debut relatively late at age 32. He hadn’t been wasting time, though.

Up to that point, he'd worked in a wide variety of jobs, including trapeze artist and singer. He’d also toiled as a writer in the earliest days of television, and we’re talking back in the late 1930s, when virtually no one owned a set.

He dropped his last name when radio announcers kept introducing him as "Eddie Hamburger." The name had been a nuisance since his elementary school days when classmates, caught up in the hype and patriotism of World War 1, taunted him for being German.

How surprised those kids would be to learn that years later Albert was awarded a Bronze Star in World War II for his part in rescuing over 70 wounded soldiers during the battle of Tarawa, one of the bloodiest conflicts in the history of the U.S. Marine Corps.

Albert resumed his acting career after the war but was then hired by the United States government to work undercover. He joined a Mexican trapeze act, and while touring with the group, gathered intelligence for the U.S. regarding possible Nazi and Japanese activities in and around the Baja California peninsula.

As far as we know, Albert’s non-acting work ended with this adventure, although we half-expect to learn one day that Albert was the real life basis for James Bond, helped end the Cold War, and invented the silicon chip.

His government work behind him, Eddie was finally free to pursue acting roles full-time. His most notable work would include his performance as a cowardly Army Captain in “Attack” (1956), plus roles in “Oklahoma!” (1955) and “The Teahouse of The August Moon” (1956).

He was sometimes asked why he didn’t get bigger parts, to which he responded “I never wanted to be a star. I was aiming to be the star’s best friend.” This was a sound strategy, since his portrayal of Gregory Peck’s friend in “Roman Holiday” (1953) earned him a Best Supporting Actor nomination.

Well before it became fashionable, Albert was also an avid environmentalist, sharing his concerns on the various talk shows of the 1960s and ‘70s. He lectured everywhere, from high schools to industrial conventions, and even produced films to aid in campaigns against pollution. On April 22, 1970, his birthday, Albert helped launch the very first "Earth Day," speaking at its inaugural ceremony. 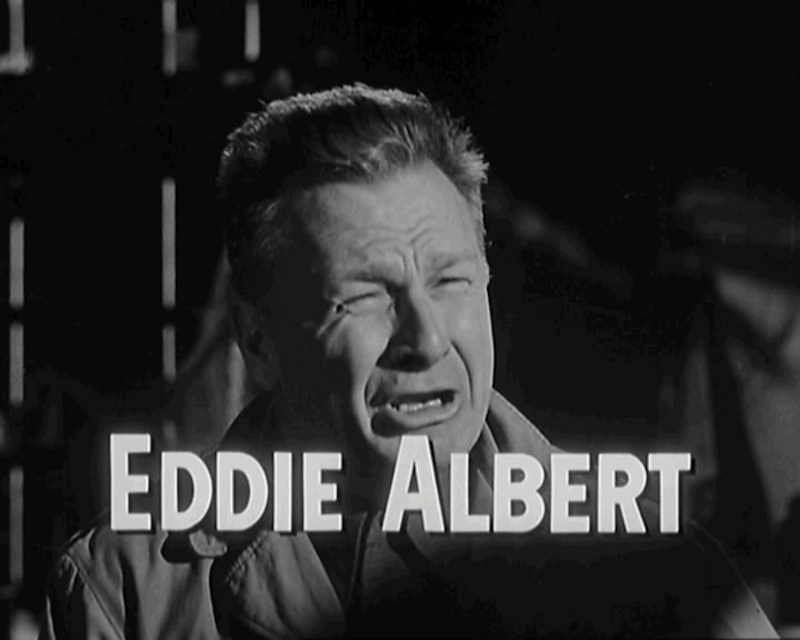 Despite his many interests, Albert never stopped acting. He seemed to get better, and certainly more imposing, with age. He was scarily convincing (and funny) as Cybill Shepard’s hot-tempered dad in “The Heartbreak Kid” (1972), a performance that brought him his second Oscar nomination. Albert was also memorable as the cold-hearted prison warden in the classic Burt Reynolds film, “The Longest Yard” (1974).

Albert lived to be 99, never once complaining about how most of his extraordinary achievements were overshadowed by a fun but often silly TV show where he often shared screentime with a neighbor’s pig.

He’d loved “Green Acres,” and believed in its message about getting away from the rat race. There are certainly worse legacies to have, although Albert was too modest to think about such things.

“I don't really care how I am remembered,” he said, “as long as I bring happiness and joy to people.”

The Best of John Ford's