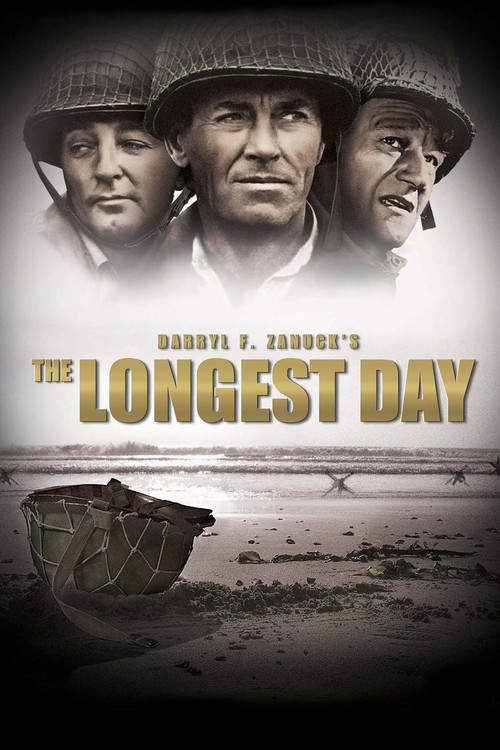 Scripted by Cornelius Ryan (from his own book) and orchestrated by Daryl F. Zanuck, this monumental recreation of the D-Day invasion is told from multiple perspectives, including that of the French Resistance and stunned Nazi commanders. Proceeding in three star-studded segments, "Day" covers everything from Allied preparations at sea, to behind-the-lines paratroop drops, to the Normandy invasion itself.

In 1962, legendary producer Zanuck spared no expense in bringing this long but gripping recounting of the D-Day Allied invasion to the big screen. This epic excels for its innovative camerawork and detailed restaging of events, but most of all, for its powerhouse cast: John Wayne, Henry Fonda, Robert Mitchum, Richard Burton, Sean Connery, Rod Steiger, Robert Ryan, et al. Most of the big stars appear in their own set pieces, but the cumulative effect is still powerful, bringing to life one of this country's most historic and heroic moments.