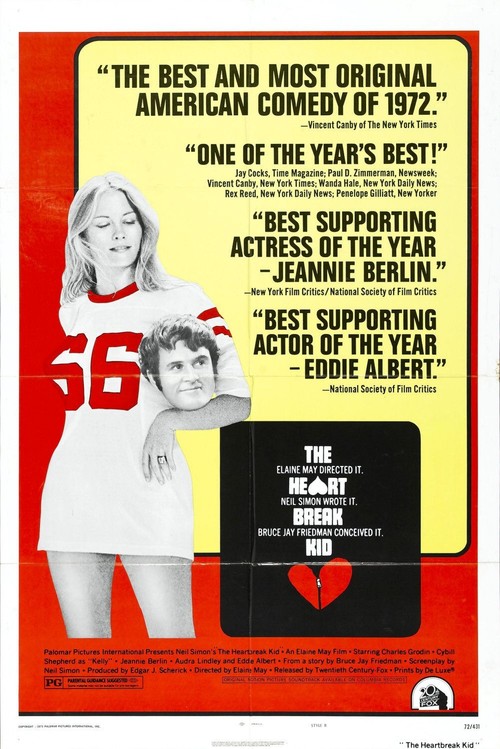 Honeymooning with his new bride Lila (Jeannie Berlin) in Miami Beach, suave salesman Lenny (Grodin) begins to have second thoughts about his marriage. Alone on the beach while Lila tends to a bad sunburn indoors, Lenny spots gorgeous Minnesota blonde Kelly (Shepherd), a woman who knows how to manipulate men, and is so smitten he decides on the spot to divorce Lila and follow this lovely creature back home.

Working from a screenplay by Neil Simon, the gifted May has fun directing this sharp, insightful comedy about a selfish, lusty striver who becomes quickly disenchanted with his bride (and her egg salad). Grodin is perfectly cast opposite Shepherd, a smoldering presence whose WASP-y airs and blank affect are crucial to her allure, but Berlin (May's daughter) has an interesting role, too, playing up Lila's anguish and embarrassment. Many have compared "Kid" to "The Graduate," directed by May's partner at the time, Mike Nichols. Both stage hilarious moments of interpersonal awkwardness, but "Kid" has its own anxious charms. And Eddie Albert, as Kelly's disapproving patrician father, is a hoot.